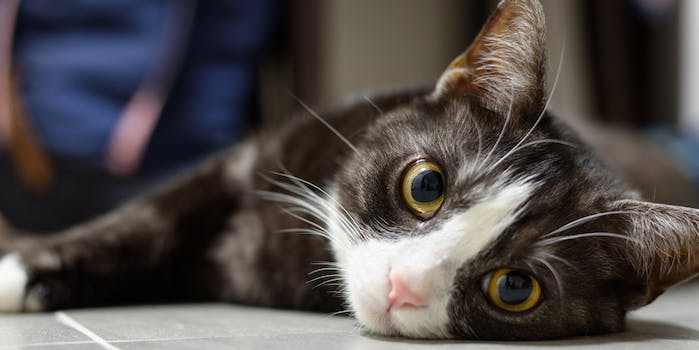 Accused bomber Ahmad Rahami purchased the supplies he used to make pipe and pressure cooker bombs on eBay, according to a federal complaint filed against him on Tuesday evening. And while no Facebook or Twitter accounts linked to Rahami have been found, the suspect did have a YouTube channel that featured a playlist of favorite clips, ranging from what the FBI described as “violent extremist content” to a video of a cat doing a backflip.

The complaint reveals evidence investigators uncovered that they believe links Rahami to the bombs, which went off Saturday, injuring 29 people in New York’s Chelsea neighborhood. Rahami’s fingerprints were found on the undetonated bomb found in New York City and cell phones most likely used to detonate the explosives were linked back to Rahami because they were either registered in the name of a relative or they were purchased at a store about 1,500 feet away from Rahami’s home.

Using eBay under the name “ahmad rahimi,” the complaint says, Rahami bought several items that could be used to make the bombs used in the New Jersey and New York explosions. Not only was the username similar to Rahami’s, but the purchases were delivered to a business (it is not named in the complaint) where Rahami was employed. The items purchased included ball bearings, circuit boards, electric igniters for fireworks, and powered citric acid. The items are still for sale on the site, bearing the same exact names and descriptions that the items Rahami allegedly purchased did.

EBay told Vocativ that it has in-house teams that look for red flags in buyer and seller behaviors and that it reports anything suspicious to authorities. It did not comment specifically on Rahami, nor why he was not flagged in this case.

The FBI also links Rahami to a YouTube account with the username “Yaafghankid78.” That appears to be a typo—“Yaafghankid786” was used for multiple email addresses connected to cell phones used in the bombings. While there is no Yaafghankid78 YouTube account, there is one for Yaafghankid786 that has on its list of favorites the videos the FBI describes as “violent extremist content,” including two videos about the jihad. One of those videos was pulled for “violating YouTube’s policy on hate speech” after Vocativ asked YouTube for comment.

But there are also videos that aren’t about extremism at all: a cat doing a backflip to reach a toy, a 2011 song from The Weeknd, a montage of photos of “scary evil clowns,” a clip from “Judge Judy,” and that now much-memed episode of “Intervention” where the man being interventioned expresses his emotions in an incredible cry, for instance. The list hasn’t been updated since January 2015.

While the FBI clearly believes that the YouTube account is Rahami’s, the only thing connecting it to him, according to the complaint, is the username and the email addresses connected with the phones used in the bombings. It’s possible that Rahami used someone else’s email address when he registered the phones, or he was using phones that belong to someone else who registered them under his own name; A Pinterest account with the username Yaafghankid786 is listed with the name “Kasim.” Rahami’s brother went by the name “Qasim,” according to the Telegraph.

In other ways, Rahami was decidely low-tech. When he was arrestedon Monday, he had a handwritten journal with entries praising Muslim cleric Anwar al-Awlaki, who was killed in a drone strike in Yemen in 2011, Nidal Hasan, who murdered 13 people at Fort Hood in 2009, and “Brother Osama bin Laden.” The journal ended, the complaint said, with “Inshallah, the sounds of bombs will be heard in the streets. Gun shots to your police. Death To Your OPPRESSION.”