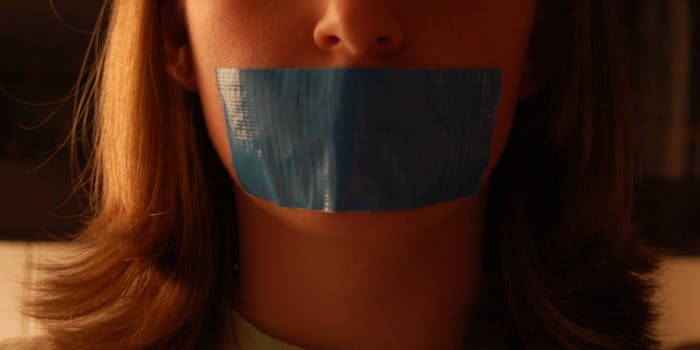 What do Edward Snowden, Pussy Riot, and Ai Weiwei all have in common?

If you’re one of the 40 million people using AdBlock, you’re going to see something unexpected in your browser on Saturday: messages denouncing cyber censorship.

In partnership with Amnesty International, AdBlock will take space designated for advertising and replace it with messages from people who have had their voice stifled online. The effort coincides with World Day Against Cyber Censorship, which falls on March 12.

Messages from Edward Snowden, Russian pop group Pussy Riot, and Chinese artist Ai Weiwei will populate certain browser windows. Others will show North Koreans who escaped from their country but can no longer communicate their friends or family back home for fear that their loved ones will be imprisoned.

“We hope to convey that censorship on the Internet is a problem that hurts all people,” Secretary General of Amnesty International Salil Shetty wrote in an op-ed for Wired.

The Internet has played a vital role in political upheavals around the world over the last decade. Social media became an organizing force and an important communication platform during the protests at Tahrir Square in Egypt in 2011. China and Russia have notably censored the Web inside their respective borders, preventing its citizens from accessing information. With nations like Thailand following suit, the issue is nothing short of global.

On March 13, browsers running AdBlock will again display a blank space where an advertisement would otherwise be. But tools for circumventing overzealous attempts at censorship are readily available year-round.