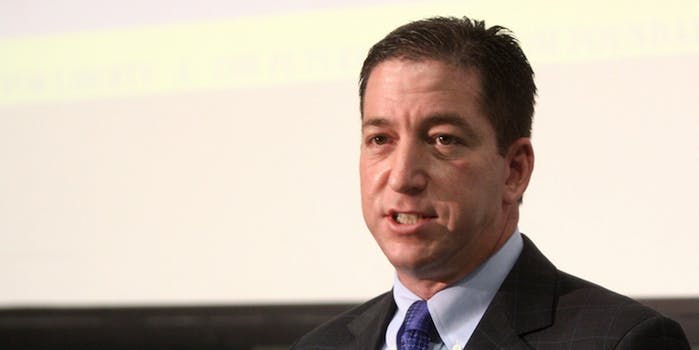 The Snowden saga is far from over.

As expected, Glenn Greenwald’s new book about Edward Snowden, the National Security Agency and government surveillance is already climbing the bestseller charts and generating a lot of conversation.

Nearly one year after Snowden first approached Greenwald about reporting the contents of surreptitiously obtained NSA documents, the Pulitzer Prize-winning journalist has released a new book entitled No Place to Hide, in which he tells the story of the story. Greenwald describes how he first came in contact with Snowden, a then 29-year-old NSA contracter, how he verified and reported the story and the intense blowback he’s received as a result. There are also plenty of new accusations about the scope of U.S. intelligence gathering.

Here are five key insights from Greenwald’s book that have people talking:

Far and away the most shocking early news coming out of No Place to Hide are reports that the NSA routinely intercepts routers, servers and other computer network devices as they are being exported from the U.S. to foreign customers.

Drawn from the treasure trove of NSA documents originally leaked by Snowden, this revelation shows that once these devices are intercepted, the government implants “backdoor surveillance tools, repackages the devices with a factory seal and sends them on.” Later, these implanted devices allow the NSA to monitor foreign networks.

The government apparently engages in this activity, despite years of having “loudly warned the world that Chinese routers and other internet devices pose a ‘threat’ because they are built with backdoor surveillance functionality that gives the Chinese government the ability to spy on anyone using them.”

Speaking to the Wall Street Journal, representatives from a number of U.S. technology companies, including Cisco and Juniper Networks, indicated that they were unaware of this activity.

“We’ve stated previously that Cisco does not work with any government to weaken our products for exploitation,” a Cisco spokesman said. “We would, of course, be deeply concerned with anything that could damage the integrity of our products or our customers’ networks.”

In addition to bugging routers, the NSA has been exploring other ways to expand its reach that were previously unknown.

Greenwald writes in his book that the NSA has systems in place to monitor conversations that originate onboard airplanes. It’s a surveillance capability that has no real purpose, Greenwald tells NPR.

“It’s just simply the fact that they do not think anybody should be able to communicate anywhere on the Earth without they being able to invade it,” he said.

Like many reporters who break a big story and then write a book about it (think All the President’s Men), Greenwald tries to take readers inside, letting them know what it was like to chase the story.

We get an intimate picture of the first meeting between the reporter (along with his two colleagues Laura Poitras and Ewen MacAskill) and his source. Like something out of a spy thriller, they were to meet in a hotel lobby. Snowden would be the one playing with a Rubiks Cube. Initially, Greenwald was thrown by the age of his informant, who he expected to be a man in his sixties.

“My mind began racing to consider the possibilities…,” Greenwald writes. “Maybe, I thought, this was the source’s son, or assistant, or lover, who was now going to take us to the source himself.”

Greenwald was further surprised to learn that he had been unknowingly communicating with Snowden over email for months prior to their meeting, responding to messages from a “Cincinnatus” who had been urging him to install PGP encryption software on his email.

In his book, Greenwald discusses how Snowden never wanted to conceal his actions. In fact, the former NSA contractor wanted to be identified in Greenwald’s very first story about the PRISM program, the author writes, but Greenwald insisted it was better to stay anonymous at first so as to make the story about the NSA, not the leaker.

Greenwald writes that Snowden may have been able to protect his identity as the source (after all, it was easy enough for him to abscond with thousands of classified documents). But Snowden said he didn’t want his coworkers to face undue suspicion for his actions.

During the brief period of time between the first story and Snowden’s public unveiling, however, he was aware of the NSA’s rapid investigation into the source of the leaks. While in Hong Kong, Snowden was able to monitor his home through an Internet-connected device and knew when NSA investigators showed up at his then-abandoned home in Hawaii to look for him.

5) No patience for beltway insiders

In addition to new revelations and behind-the-scenes intrigue, Greenwald also devotes a chunk of his new book to a critique of mainstream media outlets that initially dismissed him and Snowden.

Greenwald rejects the argument that those with nothing to hide should not fear government surveillance, noting that the “true measure of a society’s freedom is how it treats its dissidents and other marginalized groups, not how it treats good loyalists.” He says far too many Washington journalists have chosen to play the part of loyalist in order gain access and curry favor with the government. And lest this sound like a vague attack on the establishment, Greenwald calls them out by name. Face the Nation’s Bob Schieffer, the Washington Post‘s Walter Pincus, the New York Time‘s Andrew Ross Sorkin and the New Yorker’s Jeffrey Toobin, are all called out for denouncing Snowden and Greenwald as “narcissists, plotters, or traitors.”

Greenwald was also particularly tough on Tim Russert, the former host of Meet the Press, who died in 2008. In an interview with GQ promoting the book, he described Russert as being like an “over accommodating head waiter at some really swanky restaurant who’s just really good at ass-kissing every rich person who comes into the door.”  He said Russert and other mainstream D.C. journalist try to make “reverential” questions appear adversarial.