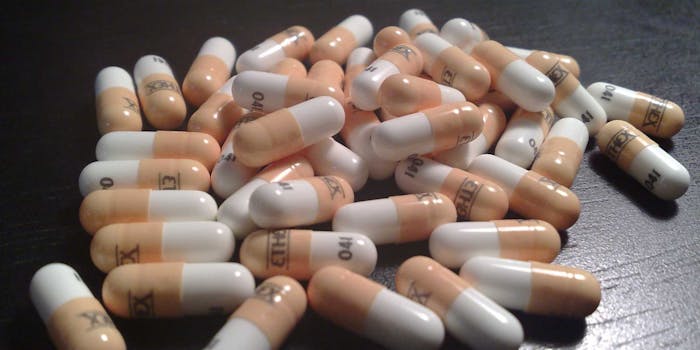 Photo via Be.Futureproof/Flickr (CC BY 2.0)

The next time you get a prescription filled, it could be coming out of a printer. The United States Food and Drug Administration has approved the first drug that uses 3D-printing technology.

Aprecia Pharmaceuticals Company created the drug, Spritam, to treat epilepsy. The pill, now approved for oral use, utilizes the company’s proprietary ZipDose technology to print the pills, which dissolve with liquid in the user’s mouth.

“By combining 3DP technology with a highly-prescribed epilepsy treatment, Spritam is designed to fill a need for patients who struggle with their current medication experience,” Don Wetherhold, Chief Executive Officer of Aprecia, said in a statement. “This is the first in a line of central nervous system products Aprecia plans to introduce as part of our commitment to transform the way patients experience taking medication.”

Aprecia claims the 3D-printing technology it has developed allows for a higher drug load in a single dose—up to 1,000 mg.

Versions of the medication require the user to swallow pills, which can be sizable in larger doses. The Centers for Disease Control and Prevention reports nearly three-million Americans have active epilepsy, including nearly 500,000 children under 18 years of age. Providing them with an easier method to receive their prescription, such as Spritam’s disintegration, could reduce stress and discomfort around taking the medication.

With the recent approval of its technology, Aprecia plans to make Spritam available in the first quarter of 2016.