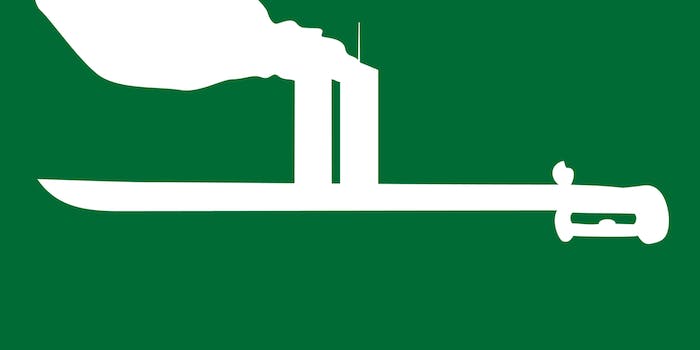 The records detail preliminary leads into the possible involvement of Saudi Arabia in the 9/11 attacks.

The Obama administration has declassified 28 pages taken from the first congressional investigation into the Sept. 11, 2001, terror attacks, which claimed the lives of nearly 3,000 Americans and launched the U.S. into a permanent state of war.

The documents, released by the House Intelligence Committee on Friday afternoon, had been kept secret since 2003 by U.S. intelligence agencies citing reasons of national security. It has long been speculated the reports may be the “smoking gun” linking the Saudi Arabian government to the deadliest terror attack carried out on U.S. soil.

“The twenty-eight pages,” as they are commonly known, were redacted from the nearly 900-page report of the Joint Congressional Inquiry into the 9/11 attacks by the George W. Bush administration, which claimed revealing the papers “would make it harder for us to win the war on terror.”

The Saudi government has long requested the papers be made public. In July 2003, Saudi Prince Bandar bin Sultan claimed the blanked-0ut pages were “being used by some to malign our country and our people.” He added: “[Saudi Arabia] can deal with questions in public, but we cannot respond to blank pages.”

Fifteen of the 19 hijackers were Saudi nationals. Ties between the Saudis and the hijackers were furthered by the existence of Omar al-Bayoumi, a Saudi national described by 9/11 investigators as a friend and financier of two hijackers of Saudi decent—Khalid al-Mihdhar and Nawaf al-Hazmi. The FBI reportedly suspected Bayoumi of being an agent of the Saudi government, which Saudi officials denied. Bayoumi was detained by British authorities and the FBI 10 days after the attacks, but he was released when investigators failed to link him to any known terrorist activity.

Former Florida Gov. Bob Graham, once-chairman of the U.S. Senate Select Committee on Intelligence, told 60 Minutes in an April interview that he believes the hijackers were “substantially” supported by Saudi Arabia. “I think it’s implausible,” he said, “to believe that 19 people, most of whom didn’t speak English, most of whom had never been in the United States before, many didn’t have a high school education, could have carried out such a complicated task without some support from within the United States.”

While it was the Bush administration that excised the 28 pages, allegedly over concerns it would damage diplomatic ties, President Obama has also been heavily criticized by 9/11 survivors and their families for following suit.

Two years ago, Sharon Premoli, co-chair of 9/11 Families United for Justice Against Terrorism, accused Obama of withholding information from the families of the deceased. “The redaction of the 28 pages has become a cover-up by two presidents, and cover-up implies complicity,” Premoli said in a 2014 New Yorker article. “The families and survivors have the right to know the whole truth about the brutal murder of 3,000 loved ones and the injuries of thousands more.”

The 9/11 attacks are considered by some to be the greatest intelligence blunder in U.S. history—and undoubtedly the costliest in terms of American lives. A 2006 report by Pulitzer-Prize winning author Lawrence Wright describes in painstaking detail how the CIA withheld intelligence from the FBI detailing the presence of two al-Qaeda operatives living in California 20 months prior to the attack. “We would have been on them like white on snow,” a former FBI supervisor told Wright. “Physical surveillance, electronic surveillance, a special unit devoted entirely to them.”

On Friday, Thomas Kean and Lee Hamilton, co-chairs of the 9/11 Commission, sought to put the 28 pages in context: “Those pages were part of a prior report by a congressional panel investigating intelligence failures related to the 9/11 attacks. Our commission was created, in part, to finish the work of that panel. But the 28 pages of that 2002 report were never ours to declassify or release.”

Recent investigations, including those by the independent 9/11 Review Commission of 2015, concluded that many of the leads contained within the 28 pages are wholly unsubstantiated.

Kean and Hamilton, who compared the pages to “preliminary law enforcement notes,” note the documents were based “almost entirely on raw, unvetted material” received by the FBI. “That material was written up as possible leads for further investigation, and the 28 pages were a summary of some of those reports and leads as of the end of 2002—all of them uninvestigated.”

Read the full 28 pages below: