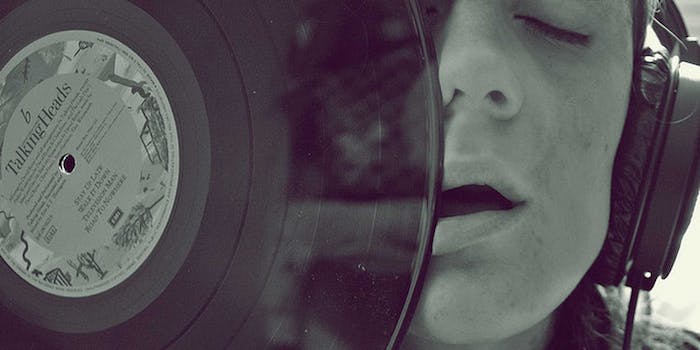 A new study seems to suggest that social buzz isn't always the best indicator of what's going to sell.

In an age where social media seems to drive every aspect of marketing, likes and retweets seem to have become a currency of their own. But being the popular musical artist on a social network doesn’t necessarily translate to being the highest seller.

New research shows that oft-forgotten Last.fm actually has more marketing power for artists than Facebook and Twitter. The data seems to suggest that buzz isn’t always the best indicator of what’s going to sell.

If you have a hard time remembering just exactly what Last.fm is, you’re probably not alone. Though the site has been around since 2002, predating many of the major social media networks, it has flown largely under the radar, enjoyed mostly by fervent music geeks.

In technical terms, Last.fm is a “scrobbler.” Essentially users download Last.fm, and it tracks all their listening habits—whether they get their music through iTunes, Spotify, Rhapsody, or any other number of services. The scrobbler records not just what songs you’re listening to but how you listen to them.

Do you binge out on one song over and over, or do you jump around a lot? Does the kind of music you listen to change with the time of day? Last.fm knows and makes reccomendations based on your habits. There’s also a social aspect that allows music enthusiasts to connect and share what they’re listening.

Though less popular than Twitter or Facebook, where artists work diligently to cultivate sizable fanbases, Last.fm is more likely to have users that actually care about music. Care about it enough to actually buy it.

That’s the finding of Musicmetric, a firm that tracks music sales and marketing tactics. The company found music sales correlated more to Last.fm listens than to Facebook likes.

Musicmetric said that simply being a fan or having buzz won’t move albums. Fortune magazine points out that even though Rihanna had the most fans of any artist in 2012, her release, Unapologetic, which was panned by critics, failed to crack the top 10 for album sales on Billboard. In fact, only three artists—Adele, Justin Bieber, and Taylor Swift—were on the top 10 lists for both album sales and social media fanbases.