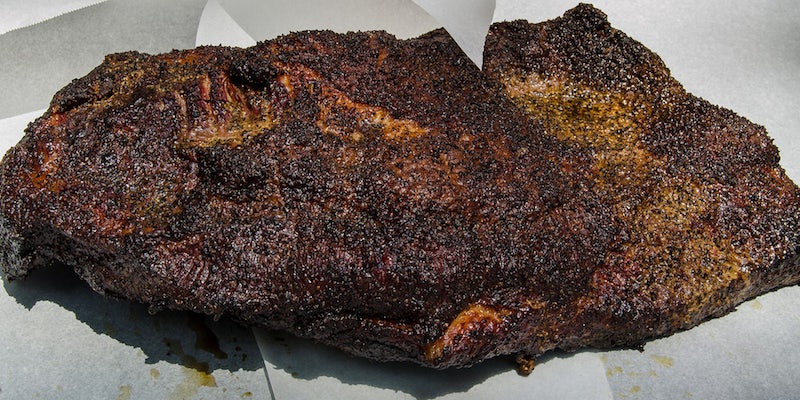 Duluth may never be the same.

It’s Memorial Day weekend, and for many Americans that means dusting off the old grill and sizzling up some hamburgers and hotdogs. (Or tofu skewers. We don’t judge.)

At least, that is, if you don’t live in Duluth, Minn. There, people will be glued to their television screens, mesmerized by a slowly roasting hunk of Arby’s meat. The oft-mocked fast food chain came up with the idea to run the longest television commercial ever this weekend, and it didn’t even bother with a script. Instead, starting at 1pm CT today, it’ll air 13 hours of just a brisket being slowly smoked for the audience of a single channel in Duluth.

I know what you non-Minnesotans are thinking: “Why can’t I spend 13 hours watching meat cook on my holiday weekend?”

Well, you’re in luck. Arby’s will livestream 13 delicious hours of brisket for the Internet starting at 9am ET on Wednesday. You’ll probably be distracted at that point by work, or school, or watching leftover Memorial Day potato salad go bad in your fridge. But hey, better late than never, right?

The stunt is expected to win Arby’s a place in the Guinness Book of World records, according to the New York Times, smashing the previous record of an hour-long ad run in 2011 by Nivea.

Photo by fiftynightshades/photopin (CC By ND 2.0)