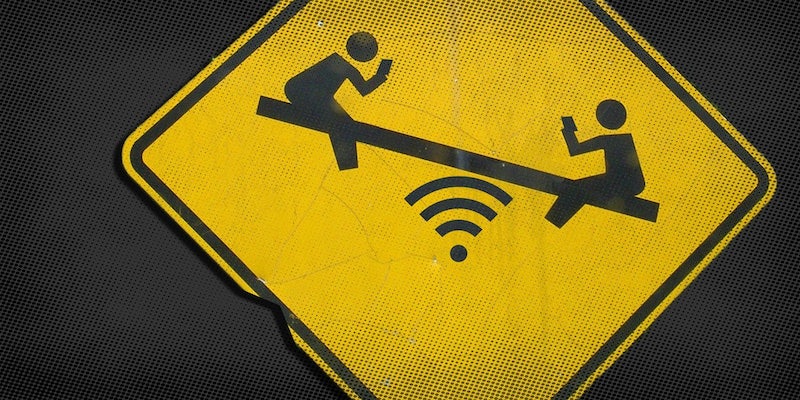 It's a battle we'll see again and again.

An article revealing that a Conde Nast executive had an (attempted) affair with a male escort probably doesn’t seem all that out of place on Gawker.

“The largest independent media company in the world” has largely been left free by its six-person board of directors to embarrass people of varying degrees of importance, be it a public relations executive like Justine Sacco or politicians like Hillary Clinton. Gawker has worn snark as a badge, blending trashy gossip with serious news stories and essays, to praiseworthy effect: It’s one of the fiercest and most successful media companies of its era.

But once it was revealed last week that the information was actually part of an extortion attempt by the male escort against the Conde Nast executive—and after the controversial post’s removal by Gawker founder and CEO Nick Denton—the site has found itself in a very public dispute over editorial independence and discretion. Gawker’s editorial staff called the actions by Denton an “unprecedented breach of the firewall” between Gawker’s staff and its executive holders. Early Monday, executive editor Tommy Craggs and editor-in-chief Max Read resigned from their positions, citing their own inability to “guarantee Gawker’s editorial integrity” against Gawker Media’s larger business interests.

The battle is certainly inside baseball and seemingly irrelevant to most news consumers, the ones who visit Gawker and its affiliates for witty retorts on the day’s news, or for viral content from around the Web. Outside of its trainwreck appeal, however, the conflict represents a more pressing divide between portions of the Internet bred on absolute freedom and those tasked with policing or capitalizing on it. In many ways, large chunks of Internet culture need to be cleansed of their filthier, less morally sound components if they can hope to survive at all. Gawker is no different.

To catch folks up: Gawker published a piece essentially outing a dude for no real reason. It’s upsetting and unnecessary and homophobic.

For many media companies old and new, Gawker has become a model for how to succeed on the Internet. Since the original site’s founding in 2002, Gawker has become a proprietor of a wide array of online content, from Deadspin’s industry-leading sports reporting to various ventures into geekery at io9. All of its entities have followed the original’s model of strong reporting combined with more benign—and popular—content. While this has become known as “the Buzzfeed model,” Gawker has combined the serious with the offbeat well before the word “listicle” ever entered the jargon.

What this means, however, is Gawker must maintain the dam between its instinctual attempts at gaining traffic—viral videos and celebrity gossip—and its journalistic ambitions in favor of the truth and what is determinedly newsworthy. There have certainly been breaches of the divide between these two worlds before. In 2006, Gawker created the very controversial “Gawker Stalker Maps,” a tool that allowed for real-time updates on the location of celebrities in New York City. The tool was largely criticized for encouraging real stalking—the dangerous kind of stalking—and was removed as a feature from Gawker within the year.

With a similar disregard for the privacy of a public figure (or the value of the information gathered by violating said privacy), Gawker ran “I Had A One-Night Stand With Christine O’Donnell” in 2010. O’Donnell, you might recall, was the favored Tea Party candidate for an open Senate seat in Delaware who spent much of her campaign warding off rumors she was a witch. The article is a bedpost-notching celebration by a former tryst of the candidate, one that provides zero useful information and is topped off by an overall attitude of slut-shaming derision for a female candidate.

Unlike the most recent case of Gawker’s editorial staff ignoring their better judgement, many of these incidents surrounding the site rest on the belief that celebrities can hold no reasonable expectation of privacy—an argument the site’s lawyers are fighting for in court against a lawsuit levied by Hulk Hogan over a sex tape. The $100 million lawsuit is the most serious challenge faced by Gawker yet and, as Denton explained, might have helped cement his decision to remove the story about the Conde Nast executive.

The exit of Craggs and Read is not so directly in protest of the board’s evident wariness, they claim, but more about editorial independence. Craggs, in particular, claimed the move largely castrated him as executive editor, writing in a staff wide memo that pulling the post was a threatening power move by the board of directors directed at Gawker staff—the intended message being “True power over editorial resides in the whims of the four cringing members of the managing partnership’s Fear and Money Caucus,” as Craggs put it.

The independence Read and Craggs are fighting for, however, is the independence to publicly shame people, with little to no stated benefit for their readers or the public at large. At best, the Conde Nast story outs a purportedly closeted man married to a woman; the Huffington Post’s Gabriel Arana referred to it as “gay-shaming.” At worst, it participates in a grifter’s sad attempt to blackmail a corporate executive, one who wasn’t much of a public figure before the story broke.

Some Gawker staffers have proudly boasted that not one of their staff challenged the publication of the story, although a collective statement issued last Friday noted that opinions on the post were not unanimous. But the unity amongst the staffers defending it should be far more concerning than inspiring.

In a weird twist of fate, Gawker’s troubles mirror those of a Conde Nast entity suffering its own existential dilemma. Like Gawker, Reddit has long fought the same battle between oversight and unrestricted free speech. After the storied firing of interim CEO Ellen Pao, the company’s new CEO Steve Huffman has attempted to appease the site’s more extreme elements by not banning sections like r/CoonTown and r/CuteFemaleCorpses—instead hiding them from search results and banning ad placement within them.

Large chunks of Internet culture need to be cleansed of their filthier, less morally sound components if they can hope to survive at all.

Although Reddit is a social media company, it still suffers from the same troubles between an executive board hoping to protect the site’s integrity and an editorial staff—or volunteer moderators in Reddit’s case—looking to stay true to their consistent if questionable principles.

It’s a battle we will see again and again as digital media begins to relearn the lessons of traditional media. Because the Internet has long lacked meaningful gatekeepers, there will likely always be a struggle between those who want to stay true to the doctrines of free speech, a free press, and those who see the benefit of editorial restraint. Unfairly or not, media companies like Gawker and Reddit risk being defined by their ugliest content, instead of their best. And they would do well to heed the moral challenges of business interests who want to grow them as companies, as publications, and as news sources.