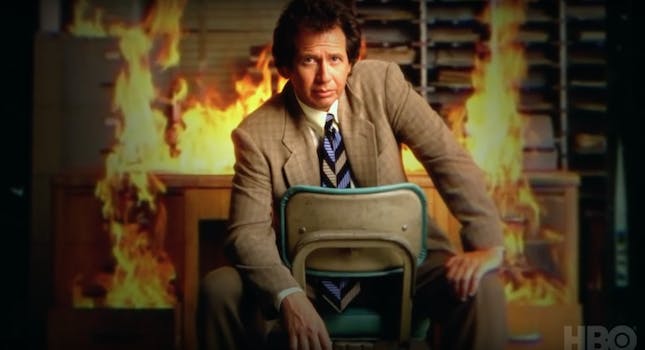 Judd Apatow offers a lovely tribute to his mentor.

Garry Shandling was a mystery. Director Judd Apatow states as much at the beginning of his new two-part documentary, The Zen Diaries of Garry Shandling, and over the course of four hours finds this statement validated by nearly everyone he talks to. Shandling was a mystery to his friends, peers, and certainly to you. The irony of his existence was that to know Garry was to not know him; the closer people got to the man the less they understood about him, and this was an intrinsic part of his appeal.

Here Apatow attempts to understand these contradictions and parse through them as best he can. The documentary follows Shandling’s influential career, from his days as a sitcom writer in the ‘70s to his success as a standup comedian, tenure as a guest host on The Tonight Show, and two legendary series, It’s Garry Shandling’s Show and The Larry Sanders Show. It also delves into Shandling’s personal life, from his complicated relationship with his mother to his struggle to commit romantically, to his constant search for enlightenment and eventual conversion to Buddhism.

Apatow pulls from Shandling’s own diaries to tell his story, along with a wide array of interviews with friends, family, show business admirers, and co-workers alike. It is fascinating to see just how far Shandling’s reach extended across comedy and Hollywood, and how many lives he touched in his unlikely, legendary career. In one quick, horrifying aside, Harvey Weinstein’s picture appears on-screen as we learn he was partners with Shandling’s manager.

It’s Apatow’s own perspective on Shandling, however, which the documentary lives and dies by. Apatow films himself in direct conversation with his subjects, rather than staying behind the camera and merely interjecting occasionally, the way most directors communicate with talking heads. This approach is occasionally distracting, as Apatow often reminds the viewer he was a big part of Shandling’s life just as you were starting to get invested without his help. On the other hand, Apatow really was a big part of Shandling’s life. Shandling was his primary mentor and watching Apatow try to understand this man who meant so much to him does make The Zen Diaries a more touching experiences.

In a lot of ways, The Zen Diaries reminds me of Arthur Miller: Writer, another recent doc which takes a more personal approach to its subject. Arthur Miller was profiled in that film by his daughter, Rebecca, who used home movies and journal entries to try to get at the root of who her father was outside of the spotlight. Apatow doesn’t have the home movies, but other than that the aim isn’t too different.

The similarities between Shandling and Miller extend beyond HBO, too. Both men largely remained mysteries to those who were close to them, both men had monumental careers which dwindled in their later years, and both men have largely faded into cultural obscurity, despite their many contributions to modern art and entertainment.

Shandling’s raw, self-deprecating style would lay the groundwork for comics who followed in his footsteps for a generation after. Without stretching this metaphor too far, Shandling’s exploration of post-modern and meta conventions in Gary Shandling’s Show and his satirical, insiders’ take on Hollywood in Larry Sanders changed television forever, just as Miller’s probing of reality and illusion in American identity and post-war social mores would forever change the theater. If anything, their legacies have suffered from being too far-reaching. Hundreds of men and women would go on to build on their work.

Shandling lived a restless, complicated life. The Zen Diaries foolishly tries to clarify who Shandling was in a way the man himself never could, but as a primer and testament to his talent, it’s a lovely tribute.