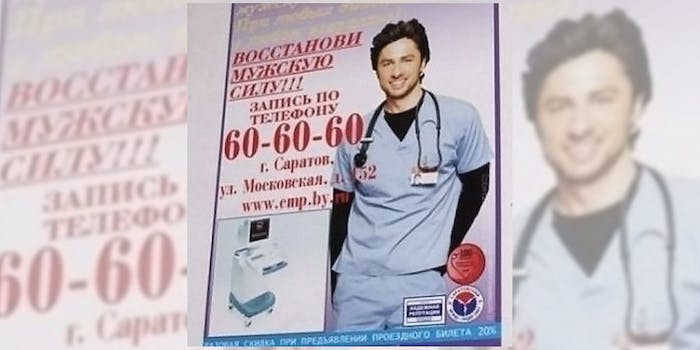 Braff isn't too upset, though.

Though Scrubs is long gone, Braff recently discovered that his character from the show is apparently still giving medical advice. An ad from Ukraine shows Braff in his scrubs, and a fan enlightened him as to what the ad’s really for: erectile dysfunction.

We love you here, in Russia. Even if your penis doesn't work anymore (the add is for curing male distinction).

I am the face of Russian boner problems. #blessed https://t.co/nbMZKto2cd

Having problems with your boner and your computer? Braff can help there, too.

It's Ukraine) and I had this on my house few months ago pic.twitter.com/lqoKjAJbqL

And the Scrubs love apparently doesn’t stop at Braff.