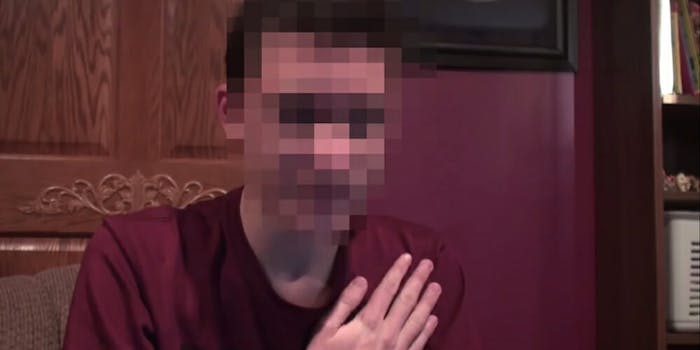 This is obviously fake.

The world has long been obsessed with time travel, but it seems as though interest in the possibility of transporting into the future has reached a new level of popularity. Maybe people want to sleep better at night knowing there will even be a future of version of Earth, given the onslaught of troubling world reports.

Noah, the time traveler from 2030, is possibly the most popular of these purported time hoppers. He’s obviously a prankster who is lying, but it’s fun to pretend.

In an interview with ApexTV earlier this month, Noah showed grainy cell phone shots of what he claims is the city of Las Vegas in 2120. The original video clocked in over 1.2 million views and more than 7,600 comments. Hundreds of people questioned the validity of Noah’s claims and demanded to see the actual footage from his journey. So Noah once again spoke only to ApexTV about his “top-secret trip” that he can’t seem to shut up about.

ApexTV explains in the YouTube description that “after many comments requesting to see the raw footage, Noah finally sent it to us,” which makes it sound as though the website never bothered to ask Noah for any of that stuff in the first place.

“I know people are going to think the video is CGI. I don’t care. I know it’s real. I simply want to spread my story,” Noah told ApexTV.

This new video brings up so many more questions about Noah and his travels to and from the not-too-distant future. The Daily Dot was unable to find any information about Noah online, and we haven’t a clue how to contact people from the future, so we reached out to ApexTV with some questions about the young man.

Specifically, in what year does Noah live when he’s not time traveling? How does he get in contact with ApexTV from the future? How did the thousands of people driving around the Las Vegas strip each hour cram into three or four flying ships? Are Celine Dion tickets still incredibly expensive?

Kudos to ApexTV for its fun YouTube gimmick. We will update this story if we hear back.