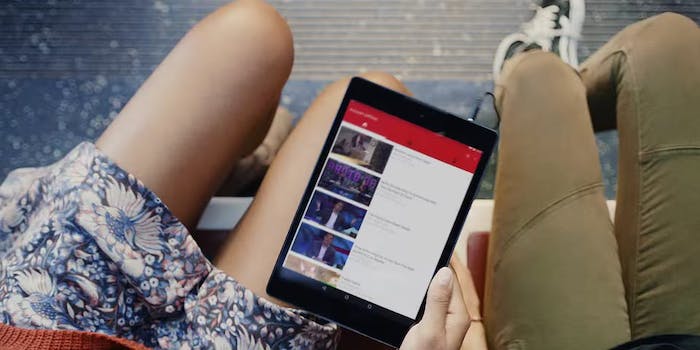 YouTube Red angles for streaming rights for TV and movies

In a bid to compete with streaming services like Netflix and Hulu, YouTube is reportedly seeking streaming rights for movies and TV shows as part of its new YouTube Red subscription service.

Right now, for $9.99 a month, Red subscribers get access to exclusive webseries and original content from their favorite YouTube creators—a business model people both within and outside of the YouTube community have voiced concerns about in terms of sustainability. But with an expansion into film and TV, the service would become a major competitor in the streaming space overnight.

According to the Wall Street Journal:

Netflix, Amazon and Hulu license many older movies and TV series that have already run elsewhere, while YouTube is focusing on new material, according to one of the people.

The shows or movies may be streamed exclusively on YouTube Red, or could be released through traditional channels like movie theaters, cable networks and DVDs alongside the YouTube subscription service, the person added.

With a bunch of Netflix alums leading the charge over at YouTube’s offices, it seems pretty likely that licensed content with a higher-budget feel will be making its way to YouTube Red in 2016.