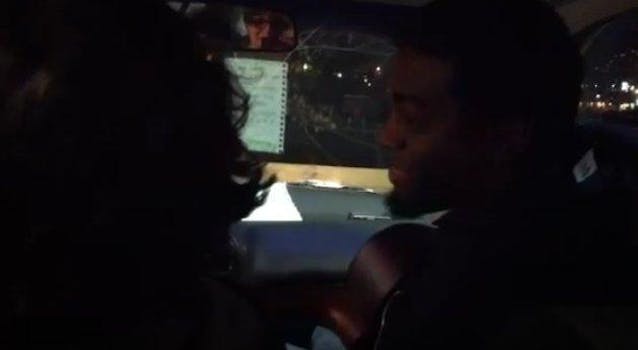 Here's a singing food order that holds the cheese.

Among the most popular versions of this fad is the singing (or rapping) order, where hungry individuals sing their order to the speaker at the drive-in. YouTube stars Rhett and Link were among those who got in on the act.

“Giorgio loves Sonic,” a new YouTube video along these lines, has become an instant hit on Reddit with 887 comments and 1,973 points since being posted to the site Tuesday.

In the clip, a young man—armed with little more than a guitar, his voice, and a piece of paper listing the menu items he and his friends want—sings his order to a Sonic employee.

A look through his other videos confirms that Giorgio has a ton of talent, boasting a smooth, soulful voice and an amiable charm. Unlike some other singing order hits on YouTube, his isn’t unnecessarily over-the-top. It’s simply a laid-back dude and his guitar, being suave and quick-witted enough to make seamless corrections to his order. The best part is the reaction of the restaurant employee; you can practically hear the massive grin she’s sporting.

Redditors are by and large effusive in their praise for Giorgio and this video. “It was the first YouTube video I’ve watched in a long time that I was sad when it had to end,” commented Speculater.

“I’ve been having a shitty night. For some reason this made me start smiling,” wrote dababypuncher. Meanwhile, DougSTL, an employee of a “food joint,” said he wished he “had customers call us doing orders like this.”

It’s so good that it almost makes up for that horrible cone-ing meme.