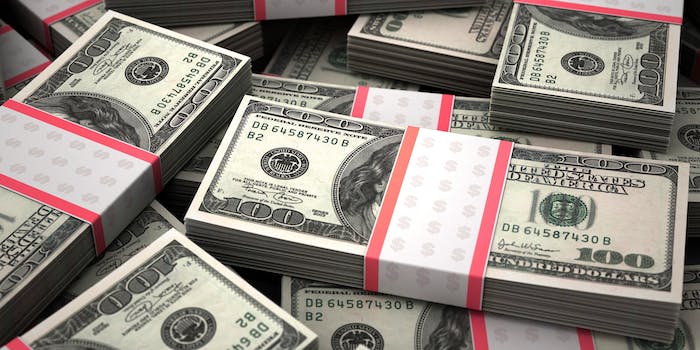 But is that really notable?

YouTube has seen its share of issues this year, but it’s apparently doing well in one area.

In a blog post on Tuesday, YouTube’s Chief Business Officer Robert Kyncl wrote that “in the last 12 months, YouTube has paid out over $1 billion to the music industry from advertising alone, demonstrating that multiple experiences and models are succeeding alongside each other.”

In 2016, YouTube saw even more push back from labels and artists like Taylor Swift and Paul McCartney, who signed a petition calling for digital copyright reform. In July, YouTube released a report claiming it had paid out $2 billion to copyright holders since debuting the Content ID system.

Since YouTube didn’t offer a breakdown of payouts in the post, some in the music industry are trying to comprehend that $1 billion figure. In an interview with Billboard, one industry exec noted the “value gap” between plays and pay. Google, the company that owns YouTube, reported $19 billion in ad revenue in its third quarter.

Kyncl offered a forecast of sorts: “In the future, the music business has an opportunity to look a lot like television, where subscriptions and advertising contribute roughly equal amounts of revenue, bolstered by digital and physical sales.” Kyncl didn’t directly mention its subscription service YouTube Red, which has only seen roughly 1.5 million subscribers since launching last year.

Lyor Cohen just stepped in as YouTube’s global head of music, but elsewhere, the platform still has some major reconstruction to do, as creators circulate the #NotMyYouTube hashtag, videos are hit with demonetization, and top-tier creators like PewDiePie threaten to delete their channel.