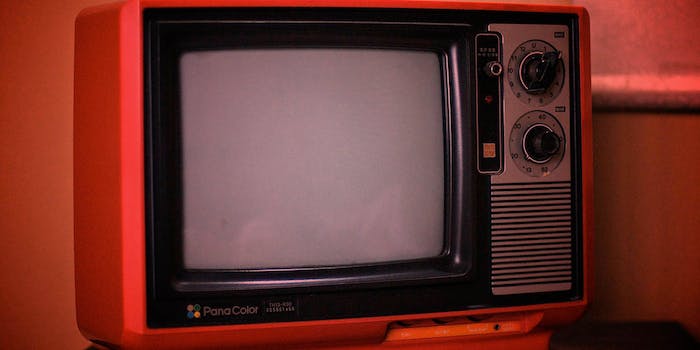 Do aspiring YouTube stars need to pack up and move to L.A.?

For aspiring creators, Los Angeles is the ultimate gamble.

Some digital-media debates are as old as YouTube itself. Should a star sign with a multi-channel network (MCN)? Which is more important: quantity of videos or quality? Is taking a brand deal selling out? And if a creator is serious about pursuing YouTube full-time, do they need to move to Los Angeles?

It’s certainly possible to be a YouTube star outside of L.A.: Look at the Vlogbrothers, Emily Graslie, Smarter Everyday, Olan Rogers, Natalie Tran, Zoella, Casey Neistat, and PewDiePie, to name a few. With millions of views on their channels, each discredits the idea that L.A. is the end-all, be-all of YouTube success. And yet, YouTube creators are flooding en masse to take up residency in the City of Angels. Why?

In an investigation of digital media’s growing influence in Los Angeles, the Daily Dot emailed with Vanessa Hill, Jake Roper, Jon Cozart, RJ Aguiar, and Arielle Scarcella. The creators broke down the pros and cons of being a YouTuber in L.A., what inspired their moves west, and what they want people to know before they make the same choice.

After years of creating viral one-offs from his Texas dorm room, the a cappella wizard Jon Cozart rang in 2016 by moving to Los Angeles to pursue YouTube full-time. Known for his original mashup “After Ever After,” Cozart is unique in that over 98 percent of his videos hold at least a million views (his channel Paint has racked up 265 million cumulatively). But despite his influence, he’s only created 28 videos over the past 10 years. In the past three months, inspired by his move, Cozart has nearly quadrupled his output, signed with a new manager, and is set to tour the U.S. with three other YouTube musicians in May.

“In the early stages of someone’s YouTube career, location doesn’t matter,” Cozart said. “In fact, it might benefit you more to be in a remote location so you’ll have an interesting worldview and create unique content. Once you’ve reached a certain level, it’s important to try and grow your channel through other means, and that can mean picking up and moving to a place with agents, bigwigs, and other YouTube talent.”

Vanessa Hill, the creative force behind the science education channel Braincraft, echoed Cozart’s sentiments. After years of making psychology videos in New York, Hill and her longtime love Jake Roper (VSauce 3) moved west in order to expand their content off of YouTube. “I really wanted 2016 to be the year I grew my YouTube presence, and everyone told me that L.A. was the place to do this,” Hill shared. “I really want to explore opportunities to communicate science in other mediums.”

Dormtainment is also proof the theory works. After years in Atlanta, the six best friends moved to Los Angeles, crammed into a two-bedroom apartment, and sold and filmed a show for Comedy Central. Pentatonix found world tours, huge collaborations, and a Grammy. Shameless Maya moved after years in New York to expand her channel and in the process, began acting in feature films.

While listing “Occupation: Professional YouTuber” might inspire giggles in other cities, in L.A. it’s just as commonplace as being a dentist. It’s the mecca of opportunity because it gives creators direct access to the people they need to advance their careers. By moving to Los Angeles, creators have access to Hollywood studios, the booming marketing industry of Santa Monica, collaborations with fashion companies, music labels, and the infinite number of YouTubers who have paved the path before them.

For every YouTube creator who has broken into the mainstream—every Lindsey Stirling, Todrick Hall, or Anna Akana—there are hundreds still trying to prove they’re just as talented and hardworking as traditional actors. “I think people here are more open to the idea of YouTube being a viable job, since they recognize that social media is completely changing the way people view media in general,” said RJ Aguiar, one half of the daily vlogging channel Shep689. “But on the other hand, YouTube and other similar platforms are kind of the red-headed stepchild of entertainment. Traditional media recognizes that we have pull, but a lot of them don’t really see what we do as being anywhere close to the same tier as film and TV acting.”

This past year showcased some of the biggest wins for YouTube creators: Late-night hosts began leveraging their channels to produce viral series such as “Carpool Karaoke” and “The Whisper Challenge”; Grace Helbig debuted her own talk show on E!; Superwoman Lilly Singh released a documentary; Roman Atwood, Vitaly, and Dennis Roady brought Natural Born Pranksters to the silver screen; movie actors such as Paul Rudd and Amy Schumer collabed with YouTube creators to promote their movies; Casey Neistat nearly broke YouTube; Tori Kelly rocked the MTV Music Awards; Todrick Hall starred and wrote his own show for MTV; and PewDiePie and Troye Sivan visited the late-night circuit. Yet, there is still so far to go in changing how Hollywood views YouTube—both the platform and its creators. While each accomplishment is changing how YouTube is viewed as a whole, these accomplishments tend to skew toward straight, white creators already in the upper echelons and fail to include creators of color, LGBT creators, or creators living with a disability.

This relationship to traditional media is complicated by many YouTube creators’ dependence on brand deals which to some, cheapens the aesthetic of YouTube. Prominent YouTube creators Anna Akana, Meghan Tonjes, and Gaby Dunn have all spoken out about the myth that millions of views means millions of dollars in the bank, when in actuality creators are scraping by every month even with brand deals. While each YouTube-to-Hollywood transition is important, it’s more than just a celebration, but a moment to educate traditional media about the cost that comes from gaining the trust and devotion of millions of fans.

Probably the greatest benefit of moving to Los Angeles is the ability to collaborate. There are few easier ways to create awareness around your channel than making a video with another equally engaged creative. “From a personal standpoint, I think location does matter. While YouTube is a pretty solo endeavor, it’s also a very lonely endeavor,” said Braincraft creator Vanessa Hill. “I don’t have a large support network or another job in the U.S., so being able to get together with other YouTubers is really important to stay sane and also to stay relevant in the world of education.”

This point was reinforced by nearly every creator I interviewed. “Since a lot of creators are based out here, it makes collaborations much easier. Plus, if you want to have a meeting with your MCN or manager, you can schedule a lunch rather than a call, which helps you build a much closer relationship,” said Aguiar who frequently highlights YouTube friends in his and his fiancé’s vlogs.

Los Angeles is a city that quickly makes enemies. Traffic jams, parking tickets, and the juicing/spinning/tanning culture aren’t a natural fit for a lot of creators. And thank goodness: If everyone were in the same place with the same experiences, YouTube would be diminished to one shade of purple versus the 10,000-piece crayon set it is now. “New York City people get shit done,” shared Arielle Scarcella, a creator known for her LGBT comedy and experiment videos. “L.A. people tend to be on ‘L.A. time,’ and it drives me crazy. The fact that NYC is NYC offers me almost everything that I’d ever need. NYC is a melting pot of culture. L.A. doesn’t have that.”

Jake Roper has a theory, which, if you’re one of his 2.8 million subscribers, shouldn’t surprise you.

There seem to be many more independent YouTube creators in L.A. than NYC. It doesn’t take long to realize how expensive living in New York City is, which I think is a deterrent for would-be YouTube creators. Having to work all day at a job to afford to live in a tiny apartment makes it difficult to find time to create content full-time. It takes a while, if ever, to get to the point where you can live off AdSense, so it is hard for people to take the time to dedicate to growing on YouTube when you have to survive in the city. L.A. is much more affordable, which allows people to pursue their passion more freely.

With cheaper rent, creators have more money to spend toward high production quality of their videos and, due to the nature of Los Angeles, more opportunity to work with a variety of filmmakers, crews, and actors. Plus the sun. Almost 80 degrees every day, L.A. always affords creators the opportunity to film outside which adds little to no cost to their production.

If you’re a vlogger, gamer, comedian, beauty guru, filmmaker, or musician, being a YouTuber in Los Angeles is your jam. But for many niche communities, the entertainment-focused culture of Los Angeles doesn’t yield the same opportunities as it does for their fellow creators. “I haven’t been able to find a science communication and writing community in L.A. like the support I found in N.Y.C.,” shared Hill who previously worked almost every month with another PBS Digital Studios educator. “But just because you move somewhere that has more opportunities available, it doesn’t mean that more opportunities come your way. It’s really hard to make new friends, build a new community, and meet people in whatever industry you’re trying to break into.”

Cozart has found himself in a similar situation. “It’s an industry. It’s not somewhere where other YouTubers are your best friends,” he said. “Rather everyone has an individual path and a lot of people’s paths run into yours. L.A. is a place for people who want to make it in a difficult and cutthroat industry, and it can be rough to always put your career first. But it’s also overflowing with people who are very willing to help you as long as you’re willing to ask.”

Ultimately L.A. depends on what kind of content are you making and what you want out of your YouTube channel.

Be sure to establish your passion and voice as a creator, and let that help you stand out from the thousands of hours uploaded to YouTube every hour. If this is a hobby, make like Olan Rogers, and stay in the place that inspires you. But if breaking into entertainment and online media is your dream, then maybe it’s time to risk the move.