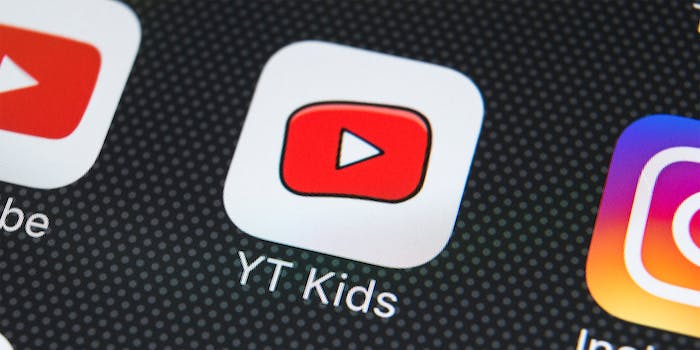 For the first time, parents can circumvent the algorithm.

YouTube has announced new parental controls for its YouTube Kids app after reports earlier this month suggested that the streaming giant was working on a non-algorithmic, whitelisted version of the service. Google has been struggling for years with how to make it easy for children to watch videos without exposing them to age-inappropriate content, and the new filters are a concerted first step.

The new controls allow parents to customize YouTube Kids to only display handpicked videos instead of algorithmically suggested ones, according to TechCrunch. Now, when parents disable the search feature on a kid’s profile, a new option for “approved content only” can be turned on. Basically, parents can limit recommended videos to ones that have already been approved by humans, instead of simply anything with similar keywords or tags.

There isn’t a function yet for approving individual videos or channels, but according to TechCrunch those features are coming soon. For now, the new filters let parents choose from collections of videos built by YouTube itself, with the help of brand partners like Sesame Workshop and PBS Kids. The collections are sorted into categories like “gaming,” “learning,” and “arts, crafts & DIY.” None of the content is pre-selected with this new feature, so there’s a little work required on the front-end for parents to consciously opt into whatever content they want to approve for their kids. But hopefully the end result is fewer controversies.

Just last month, a Business Insider report demonstrated that YouTube Kids was regularly suggesting conspiracy videos via its algorithm, like clips about the Earth being flat, or the moon landing being fake.