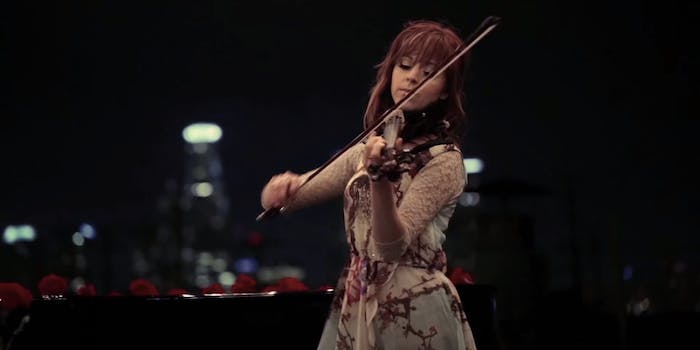 John Legend will be joined by other YouTube stars for a free show.

Four of YouTube’s most creative musical acts are headed to DC to show off their chops. Lindsey Stirling, Les Twins, Scott Bradlee, and Mike Relm will perform at the Kennedy Center for the Performing Arts on May 28th as part of a free event called “YouTube OnStage Live from the Kennedy Center.”

The participating musicians will take the stage alongside John Legend, who previously collaborated with Sterling for a cover of his song “All of Me.” That video has drawn more 20 million views to date.

Beyond Legend, the four artists who will perform during the show represent a diverse cross-section of the YouTube music community. Sterling, the most well-known of the four, recently released her second album of “dubstep violin” music. Les Twins is a French duo perhaps best known on YouTube for a particular video that went viral to the tune of 22 million views. Bradlee, who calls his channel a “Postmodern Jukebox,” has gained a measure of YouTube fame for pop covers than span a variety of musical genres. His most recent viral hit was a slow-burning R&B cover of the Duck Tales theme song. Relm, the most untraditional of the four acts, creates musical remixes of iconic pop culture franchises.

The show was organized by the Kennedy Center, and Legend helped curate the participating acts. Kennedy Center VP of Education and Jazz Darrell Ayers told The Washington Post that Google is “largely underwriting” the concert.