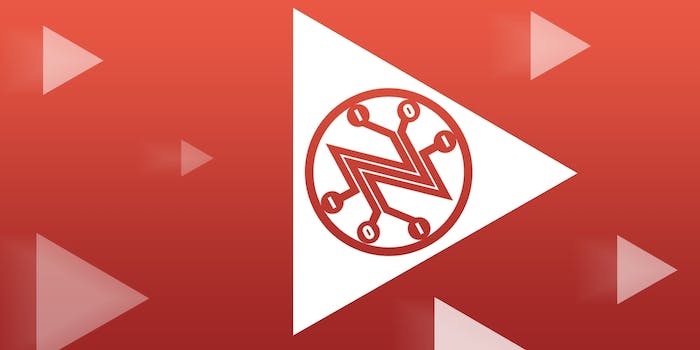 YouTubers are coming together to support net neutrality as part of a new campaign that reminds fans and lawmakers alike that without net neutrality, they wouldn’t exist.

“Net neutrality allows independent content creators to reach audiences directly,” said Vlogbrother and bestselling author John Green in a press release. “Without it there would be no YouTube or tumblr or reddit and there would also be no vlogbrothers or crash course.”

Green is not the only video star lending his voice to the cause. VideoCreatorsForNetNeutrality—which is run by the Harry Potter Alliance, a nonprofit that addresses civic engagement inspired by the Potter series—has gathered over 11,000 unique creators, representing more than 150,000 videos and nearly 14 billion views. Other influential contributors include EpicLLOYD, Improv Everywhere, Annoying Orange, and Team StarKid.

In addition to signing their names, creators are being tasked with producing content that will be broadcast outside the FCC on a billboard for 36 hours starting Sept. 16, in conjunction with Fight for the Future.

“The billboard project was a bit synchronistic,” Paul DeGeorge, executive director of the Harry Potter Alliance, told the Daily Dot. “[Fight for the Future] approached us because they knew we were already working to organize YouTubers. It’s a great opportunity to give these creators to speak a bit more directly, ahem, to the FCC. And by direct I mean, on a giant screen right in front of FCC headquarters. From looking at the million plus comments that the FCC has received, I get the impression that working there might be a bit of a slog, and they probably don’t have too much time for YouTube. So this is a good opportunity to bring it to them.”

Net neutrality directly affect YouTubers, as an FCC rule that would favor service providers that charging premiums to creators distributing content could seriously cripple the path to YouTube success. YouTube creators often rise out of obscurity from their own homes with no access to capital to increase their viewership, simply relying on the community of YouTube and discovery of their content. It’s that ecosystem that’s brought success for YouTubers like Hannah Hart and WheezyWaiter, both of whom are part of the campaign.

“One aspect of this project we love is that it treats all creators equally,” DeGeroge said. “We want the FCC to hear from large and small creators. You never know where the next viral video will come from or who will be the next big YouTube star. It’s absolutely imperative that we protect the opportunity that exists for creators to reach and discover and audience.”