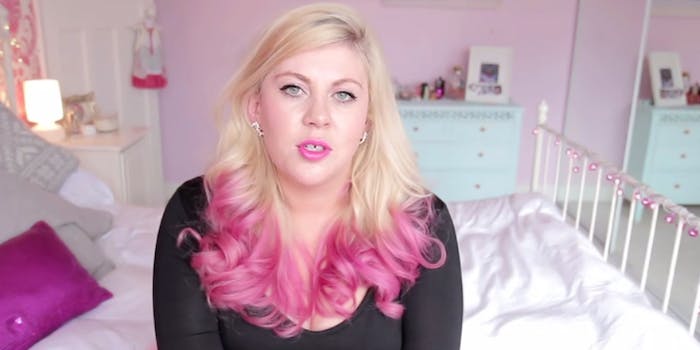 The YouTube celebrity culture debate: How can creators and fans coexist?

Most YouTube creators never intended to be famous. In fact, many of them started their channels with the intention of sharing their thoughts, beauty tips, and creative endeavors to whoever might be listening. But over time, millions of people have listened, transforming many creators such as Jenna Marbles, John and Hank Green of the Vlog Brothers, and PewDiePie into full-blown celebrities.

But unlike their traditional media counterparts, those YouTubers have won hearts by simply being themselves rather than playing a part. Now, with millions of fans following their every move, creators have begun discussing the need to change their relationship with fans and find a balance that maintains the intimate spirit of YouTube while creating barriers of safety on both sides.

Early last month, popular UK lifestyle and beauty vlogger Louise Pentland, best known for her channel Sprinkle of Glitter, uploaded a video to discuss with fans all the reasons they should not idolize YouTube creators.

Pentland’s video came on the heels of her recent trip to Playlist Live, where she was met with thousands of screaming fans and security line between creators and their subscribers. Her overwhelming interactions with fans lead Pentland to bravely ask the questions on many creators’ minds: What is the best way for creators and fans to interact that is safe, is efficient, and doesn’t lose the personal spirit of YouTube?

While many fans claim to have fallen in love with these YouTubers, creators have set out to remind viewers that their lives are not perfect. Rather, they’re simply presenting the best version of themselves—with the rest of the footage left on the proverbial cutting-room floor.

In support of Pentland’s video, Zoe Sugg, better known by her channel name Zoella, wrote on her personal blog:

People ask me if i’m a celebrity … and the answer is no. I’m not. I just make videos that [lots] of people like to watch. Does that mean that it’s okay for groups of girls to sit outside my house and wait for me to leave, or to ring my doorbell multiple times? I’m not sure it does. Does that mean I am able to perfectly handle walking into a room at an event or a meet and greet to be greeted by a wall of screams? No, I’m still not quite used to that one either haha!

As Sugg writes, there are very few YouTubers who originally set out to make content in the name of being famous. And years later, these same YouTubers have become some of the most subscribed, well-known names in new media.

The need to redefine these relationships is not just to provide more privacy and safety for creators; it’s important for fans as well. Earlier this year, allegations of sexual abuse were made against YouTube musicians Alex Day and Tom Milsom, who were accused of taking advantage of their celebrity status and their fans’ trust. These allegations quickly spurred conversations about consent and the need for both YouTubers and fans to engage in healthy, respectful relationships. Moving forward, where do things go from here?

Sugg is just one of many YouTubers, including Hank Green, Carrie Hope Fletcher, and Charlie McDonnell, who have come forward to continue Pentland’s conversation in both their own videos or in the comment section of hers. While few answers have been discovered, McDonnell suggests the solution is more respect on both sides of the security line.

For all the videos on the topic, check out McDonnell’s playlist here.

Screengrab via Sprinkle of Glitter/YouTube