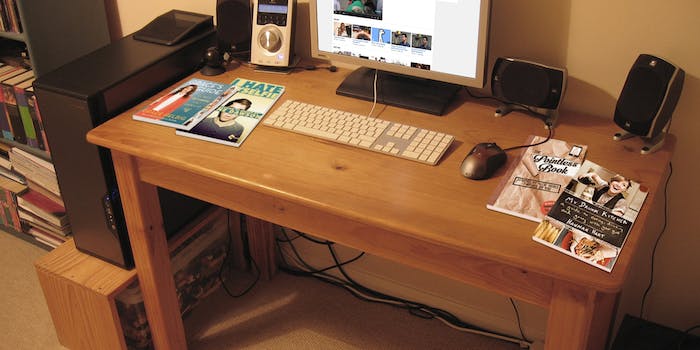 The definitive guide to YouTube stars with book deals

From memoirs and self-help to fiction and cooking, these stars’ books have it all.

A book deal has become the sign of success for established YouTube personalities. After amassing millions of subscribers, it’s the new par for the course to turn those subscribers into bibliophiles—or, at least, into fans willing to shell out $14.99 or more for a way to bring a piece of their favorite YouTuber into their home. Multichannel networks are starting their own publishing houses in response, and established publishers are taking to YouTube to find the next generation of authors, with dedicated presses to bring them to the mainstream.

From the creators who’ve penned memoirs and self-help tomes to the ones who’ve branched out to fictional worlds, we’ve got a guide to the biggest YouTube books and what makes them special.

Grace Helbig: Grace’s Guide: The Art of Pretending to Be a Grown-Up

Released in the fall of 2014, Helbig uses her years of faking grown-up status to help dole out advice for kids who feel daunted by the prospect of adult life. The book is just one piece of the Helbig brand, which now encompasses films, an E! talk show, and her digital presence.

Hart takes the essence of her super popular YouTube series, My Drunk Kitchen, and infuses it with life wisdom. The book is part self-help, part practical cooking guide, and all the wit and honesty fans have come to expect from Hart.

British vlogger Alfie Deyes took YouTube’s collaborative spirit to heart when crafting his book. He calls it pointless, but it’s really a series of exercises and projects started by Deyes, intended for completion by the reader. There’s already a series in the works.

Michelle Phan: Make Up: Your Life Guide to Beauty,
Style, and Success—Online and Off

As the queen of beauty on YouTube, Michelle Phan’s book is a direct extension of her digital presence. For those who prefer the written to the world of video, her guide gives you the beauty and fashion tips Phan became famous for in printed form. Phan is becoming a true mogul, with a makeup line and her own multichannel network up and running, so books are just one piece of the puzzle.

Dawson’s 18 essays are a departure from his boisterous online personality, instead delving into his insecure childhood with introspection.

The release of Zoe Sugg’s first novel in the Girl Online series in November 2014 ushered in both record-breaking sales numbers and not-insignificant drama surrounding a ghost writer. The story follows a London blogger who is whisked away to New York and meets the boy of her dreams. A sequel is already planned for 2015.

After wowing a massive audience with her haunted YouTube stories, Paige McKenzie inked a book and film deal for her Sunshine Girl character. The first book in the series deals with Sunshine’s experiences with a haunting in her new home, and it sets the groundwork for her budding supernatural powers. The follow-up is planned for next year, and McKenzie is already tapped to star in the film production.

Elle and Blair Fowler: Beneath the Glitter

The Fowler sisters, who’ve made names for themselves as beauty vloggers, threw their hat into the book game early, penning Beneath the Glitter in 2012. The novel follows a pair of Internet-famous sisters thrust into the spotlight of Los Angeles, where they end up entangled in a scandal that could tarnish their sisterly bond.

True, Green is not part of the trend of YouTubers becoming authors; he is an author who also happens to be a YouTuber, as one half of the Vlogbrothers channel with Hank Green. However, as one of young adult fiction’s shining stars who is also a major YouTube presence, we’d be remiss in not mentioning Green’s various hits like The Fault in Our Stars and Paper Towns on this list.

You may not be able to hear Miranda Sings’ distinct vocal stylings on the written page, but everything else about this quirky YouTube star is sure to come through in her first literary effort. Her book will be, as the title suggests, self help in the Miranda way, with off-beat suggestions for how to land a boyfriend or how to do magic tricks, just like she dishes out on her YouTube channel.

Joey Graceffa: In Real Life: My Journey to a Pixelated World (May 2015)

He’s already hit the mainstream as one half of an Amazing Race team, but Joey Graceffa has a rich online life that he’s now translating to the page. The memoir is described as “uplifting” and boasts that “it’s not where you begin that matters, but where you end up.”

Dan and Phil: The Amazing Book Is Not on Fire (October 2015)

This pair of BBC 1 radio presenters have built a massive following with their visualized radio shows, and their joint book is an extension of their bubbly Internet personalities. It veers to the funny and absurd rather than the self-help or introspective, but it gives Dan and Phil fans a broader picture of the duo’s lives and eccentricities.

Mamrie is the last of the unholy trinity (that includes Helbig and Hannah Hart, no relation) to release a book into the world. You Deserve a Drink is a combination cocktail recipe book and memoir, with drinks accompanying each tale of Hart’s debaucherous life.

Scholastic recently announced the publication of teenage YouTuber Jenn McAllister’s first book, a compendium that uses her trademark top 10 lists and social media posting to document her life. McAllister has also expanded beyond YouTube into film, with a role in the upcoming Bad Night.

Justine Ezarik’s memoir, inspired by nine years of documenting her life online as iJustine, will be released this spring. In addition to writing and her digital life, Ezarik also served as a producer on an anti-bullying film that premiered at South by Southwest.

It’s bold to want to share a life story at the ripe old age of 22, but YouTuber Connor Franta has packed a lot in a short time. As formerly one-sixth of YouTube collab sensation Our2ndLife, Franta gained a massive fan base, and after breaking off from the group and coming out on his channel, he’s grown even more. In addition to penning a memoir about his journey from small town kid to Internet sensation, he’s also released a coffee line and series of compilation CDs.

Photo via William Hook/Flickr (CC BY 2.0) | Remix by Jason Reed