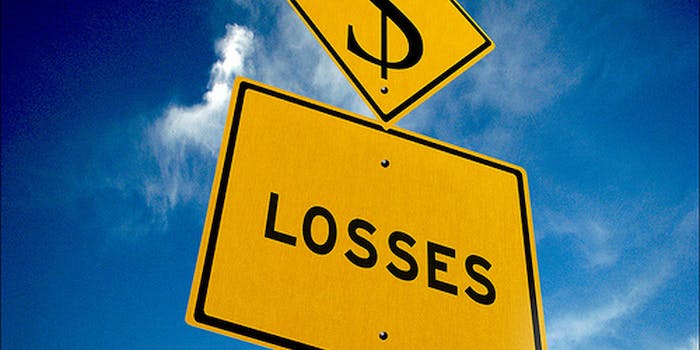 Are you still subscribed to your favorite YouTube channels?

An unfollow bug on YouTube is removing subscribers and costing YouTubers revenue.

The YouTube community has gone through a lot this year: from a much hated redesign known as Cosmic Panda, a huge botting scandal that took over the whole site, a new related videos algorithm to prevent cleavage-based spamming (“the reply girls” drama), and now, a subscriber glitch.

The subscriber glitch is an odd bug that appeared on the Google-owned site shortly after the new related-videos algorithm went into effect.

The new bug randomly unsubscribes people from YouTube channels. It may, or may not, re-add those people back the next day, creating a weird yo-yo effect that ultimately costs YouTubers views—and money. Some YouTube channels have dozens of subscribers bouncing back and forth. Others have hundreds.

The fluctuations in subscriber numbers are too regular to be anything other than a bug or glitch.

Video gamer, amateur philanthropist, poker player, and YouTuber Athene Wins, who brought this bug to the Daily Dot’s attention, even made a two-minute video on the subject after his comments became inundated with people saying they’d been unsubscribed.

Titled “Not an April Fool’s Joke,” Athene Wins calls the glitch the “most serious issue” his channel has ever faced. “I see my channel dying every day, for no fucking reason,” says Athene Wins. “It’s disturbing.”

Athene Wins has a relatively large fanbase of more than 600,000 subscribers, and the bug seems to be affecting his channel roughly 300 subscribers at a time.

It’s not just the channels with hundreds of thousands of subscribers either.

“[I] also came to the worrying realisation today that YouTube has actually unsubscribed people from my channel,” wrote Pandamonium Productions on their Facebook page on April 8. “Regular viewers also not just inactive accounts like they claim.”

Pandamonium Productions, aka Hybrid Panda on YouTube, has only 48,200 subscribers, with 10 million video views.

YouTuber Kaleb Nation was relieved to learn the subscriber loss was just a bug, tweeting at the Daily Dot he originally thought his fan base was “hating me.”

YouTube was unavailable for an official comment at press time, but Athene Wins, who said he was conferencing with YouTube reps about the problem, was willing to share what he learned in a Skype chat.

“It seems that it’s the combination of them closing old inactive accounts that affect more the older channels in batches, together with a subscribe button glitch that makes people think they’re unsubscribed” explained Athene Wins.

“They said that they didn’t realize how big the subscribe button glitch was” until recently, wrote Athene Wins on April 12.

In the words of Kaleb Nation, “WTF Youtube? Y U NO fix yoself?”