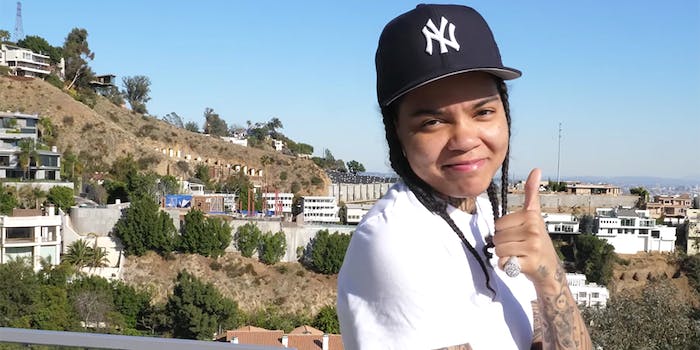 Her songs will be the soundtrack on a 'women only' production.

The directorial debut anticipates the release of Her Story in the Making from the Brooklyn MC who brought us “OOOUUU” in 2016. Her songs will be featured on the soundtrack for the “women only” production in “key scenes,” Vibe reports.

“This all goes into Her Story, which is the album that will be dropping real soon. It’s kind of a part of my story because it’s some nice little action going on with these beautiful women, women only,” Young M.A. said. “I look forward to that, that I was in control of how everything is going to play out, and the girls and the scenes.”