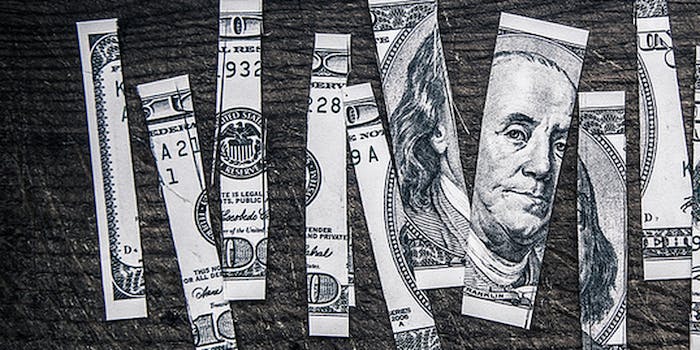 Come on down—way, way down.

Everyone knows how The Price Is Right is meant to work: weird, unemployed actors guess how much consumer products cost, and the closest without going over wins, thereby entertaining all the American schoolchildren who stayed home sick that day and have nothing better to watch. Well, those sniffly kids must have gotten a real kick out of poor Corey, who botched a bid as badly as one can.

The item in question is a luxury hammock of some sort, and Corey looks very excited to make his guess—which happens to be off by a factor of 10 or so, and thousands of dollars more than the next-highest estimate. (Because the hammock is not lined with unicorn fur, its actual price as given by the show is just $880.) It’s hard to say who’s most in awe of the answer: host Drew Carey, the studio audience of would-be contestants, or the dude who filmed the whole thing off his TV set and had to turn the camera on himself to ask, “What the fuck?”

Tough break there, Corey, but we can’t all be Aaron Paul. Besides, there’s another game show loser out there who definitely feels your pain.