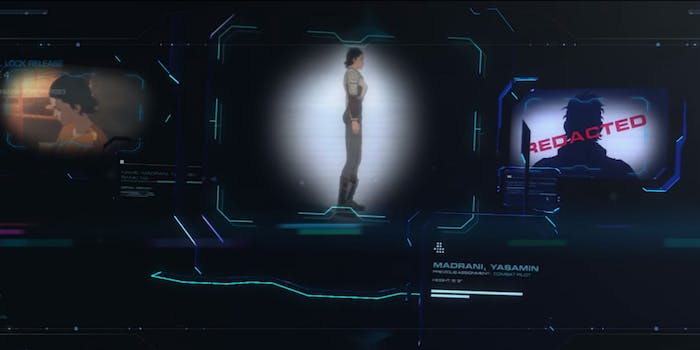 Women in animation are making strides toward equality, but sexism still exists

At RTX, the women of Rooster Teeth’s animation division addressed sexism in the industry, as well as how to make sure women’s voices are heard and how to get your work out there.

Ten women—the majority of whom work on Rooster Teeth shows RWBY, Camp Camp, Red vs. Blue, and the upcoming gen:LOCK—discussed their past experiences in animation, which included work on The Simpsons (Red vs. Blue’s Minni Clark) and Rick and Morty (editor Lauren Aptekar). Asked about sexism and harassment in the industry, RWBY’s Asha Bishi said she experienced sexism working for a smaller studio before Rooster Teeth. Animator Beth Mackenzie noted that once upon a time, women who worked for Disney couldn’t even be animators and that sexism from decades past is still affecting women in the industry—even though, as Clark said, the culture is changing.

Last fall, women who work in animation issued a call for an end to harassment in the industry, after Loud House creator Chris Savino was fired from Nickelodeon. In March, BuzzFeed published allegations from two women that Ren & Stimpy creator John Kricfalusi groomed and harassed underage girls that worked for him. In June, Pixar’s John Lasseter left Disney after harassment complaints.

While women are pushing back against toxic work environments in animation and beyond, Rooster Teeth seems to have a better handle on gender parity. Recruiter Brooke Olson said the animation department is almost 50/50 with men and women, and the panel pointed out that RWBY and upcoming show gen:LOCK are run by majority women. (gen:LOCK debuted a new trailer during RTX and announced the addition of David Tennant to the cast; RWBY is getting its own YA series from Scholastic, and Volume 6 debuts Oct. 27.)

Compositor Amanda Gotera said that when she started, she was the only woman in the compositing department, but she added that it’s also about making a safe space for women and “amplifying other people’s voices.”

“Amplify voices you know are being buried,” Aptekar added.

Aptekar, who most recently worked on the upcoming Netflix series Disenchantment, said she wants post-production to be more woman-heavy and wants more adult animation shows for women. The upcoming Netflix series Tuca & Bertie, helmed by BoJack Horseman’s Lisa Hanawalt, will hopefully fill that void, but, as Camp Camp’s Leigh Lahav said, it’s the only current adult animated show with a female showrunner.

Gotera cited small but important things women can do to help with representation: Keep tabs on women you think are talented, and when you’re hired somewhere, bring them on.

During the Q&A portion, an audience member asked how to get around the “good ol’ boys network” in animation and entertainment. Clark, who had some experience working with mostly white men over the age of 40 on The Simpsons, offered some great advice: Call it out.