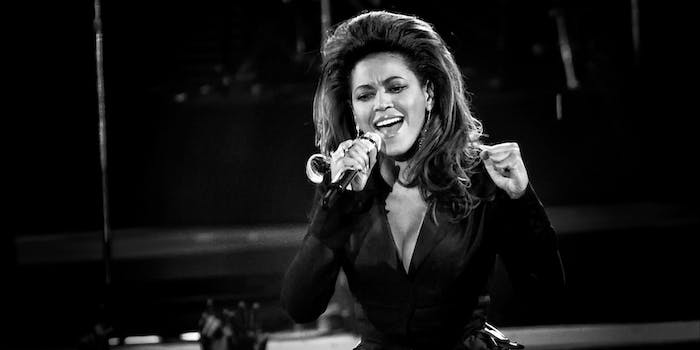 If you want to be her Jay Z, you better get your Beyoncé facts straight.

Ask any woman to describe her ideal mate and she’ll likely rattle off a list of descriptors including smart, funny, ambitious, and kind. But none of those are high on the priority list for Allie Davis. When it comes to finding her Jay Z, the only character trait this ultimate Beyoncé fan cares about is an encyclopedic knowledge of the pop icon.

Over the weekend, the 21-year-old decided to put her boyfriend of over two years through the paces by presenting him with a quiz that tested his expertise on everything from One Direction members to the infamous elevator incident. In order to stay in the relationship and “On the Run” together, Davis’ boyfriend had to score 60 percent or higher.

I gave my boyfriend a Beyoncé exam to make sure we can stay together. He passed. pic.twitter.com/Lqv3VEKWFx

Despite not knowing the complete lyrics to “Drunk In Love” and misidentifying Queen Bey as a rapper, her boyfriend managed to pass, scoring an 80 percent. The fan’s beau was a good sport about the whole thing, telling those on Twitter that he “knew this was a joke from the beginning.” “Sometimes we love to pester each other,” he added.

If you’re yearning to test the strength of your relationship with a little pop music pop quiz then you’re in luck. The fan, who’s better known as Fergyoncé on Twitter, has made a blank version of the exam available on her blog for all the intrepid couples out there.

https://t.co/De85HV3FZB Want to test your boyfriend about your musical preferences? I posted my version of the Beyoncé exam here!

Good luck, and may you forever be drunk in love.