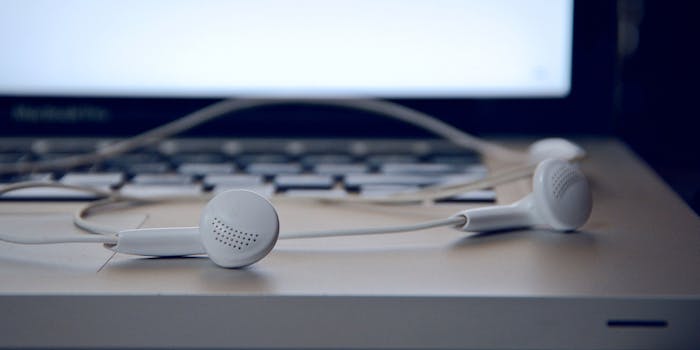 Podcasts are getting their own pilot season.

Over the weekend, winners were announced for WNYC’s first-ever Podcast Accelerator contest, which sought to find new producers for pilots. In collaboration with the Online News Association (ONA), Podcast Accelerator was launched back in June, and the pitch contest was open to both known and new podcast producers. This weekend, the producers pitched their shows at the ONA conference in Los Angeles, and judges monitored feedback from Twitter, where audience members were weighing in on pitches as well.

The honors went to The City, hosted by Chicago reporter Robin Amer, and Gaydio, an LGBTQ series hosted by Tobin Low and Kathy Tu. Dean Cappello, WNYC’s chief content officer, says the idea for Podcast Accelerator was a product of evolution.

“I think as we just watched where we were going to go next and how the environment is shaping up,” he said, “we’ve been very conscious about building the pipeline and building more volume in the pipeline, and becoming not just a public radio production company, but becoming a great content company, period. [It] really demands that we do something differently.”

Last year, an initiative to develop new shows within WNYC—home to radio phenoms Radiolab and The Moth Radio Hour—led to the development of staffer Anna Sale’s Death, Sex & Money. This is the first time the station has opened up to non-internal producers.

Cappello says WNYC is taking the “long view.” The “content ecosystem” of New York, and the inclusion of executives from AMC and the BBC on WNYC’s board, have given the producers more insight about talent, but Cappello reiterates that they’ve got to do something new.

“The audiences that we’re serving are not the same as the audiences of five years ago,” he said. “For a public radio organization, everything is predicated on the broadcast platform, and while that’s still incredibly important to us, and we care about it, we know that if you create content with various personalities … you can aggregate people from across the country or around the world—on-demand content—and build things that otherwise don’t make sense for the radio.”

It makes sense that podcasts are now being green-lit and approached much like Amazon pilots; they’re often consumed like TV and certain personalities could easily make the jump. But whereas Amazon and Netflix encourage the binge, podcasts reward (and bank on) the return listener. Popular podcast Serial could have theoretically made a transition to TV, but there was something more intimate about audio storytelling there; it allowed listeners to reconstruct the scene.

Cappello says the next step is actually pairing the podcasters with producers who will help shape the shows into something that could sustain a whole series. The City will focus on a story from a different American city every episode, and Gaydio will address issues of identity. What was it about these shows that convinced Cappello?

“The way Robin [Amer] has sort of talked about the city mirrors what I’ve been looking to do,” he said. “She talked about it as, ‘What if The Wire were true stories that were told to you in a serial fashion?’… Gaydio, you know, there’s just nothing like that out there in our universe. … Opening up a conversation with all kinds of people about identity and orientation and all the things that come with it. Those of us who live in America in 2015, these conversations are happening all around us. We should provide a place where those things can happen that appeals to both a very broad audience and people intrinsically interested in that content.”