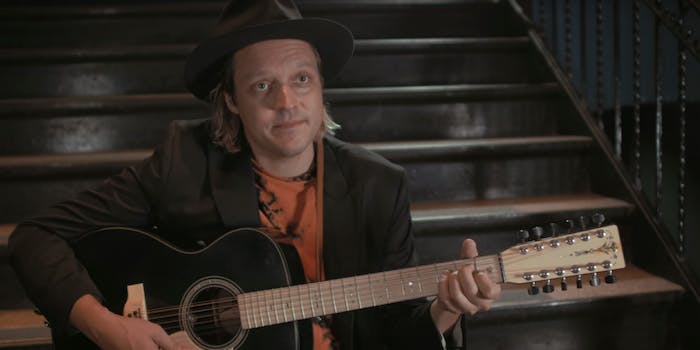 Arcade Fire‘s Win Butler offered himself up as the surprise release at a karaoke night in Los Angeles.

On Saturday, the singer and guitarist dropped into a karaoke night in Little Tokyo, and did a cover of his own song, “Intervention,” from 2007’s Neon Bible. Instagram user wickytaylor was on hand to capture this ballsy move, which involved Butler singing the song while walking around and posing for selfies.

Butler was in town for the NBA All-Star Game, playing alongside Migos’ Quavo to lead Team Clippers to victory. Perhaps he was feeling celebratory, or maybe this is some sort of self-aware, anti-performance art statement for a new album. Either way, it took confidence.