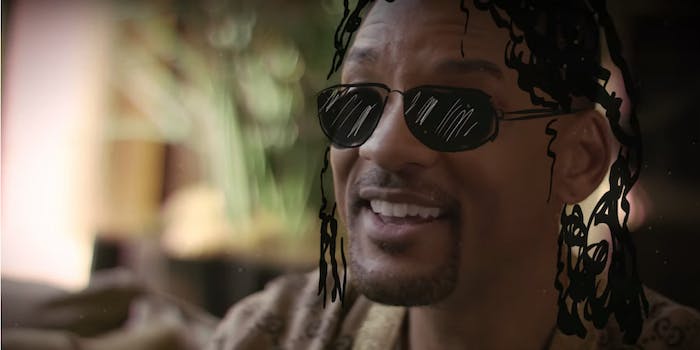 Yes, of course, Will Smith met Michael Jackson. And of course, Suge Knight inadvertently made it happen.

On his YouTube channel, which is still pumping out “hot content,” Smith told the story of meeting Jackson. It was the BET Awards, and Smith spotted Jackson across the room but couldn’t quite get to him. Knight, co-founder of Death Row Records, was also in the room and was causing something of a commotion, so Smith’s security shoved him into a utility closet to keep him out of harm’s way.

And then Jackson scared the shit out of him because he was also in that utility closet hiding out. The two talked about comic books (Smith plays himself and Jackson) but the meeting was brief, and Smith regrets he didn’t ask him more questions. But he does have a Polaroid as proof.