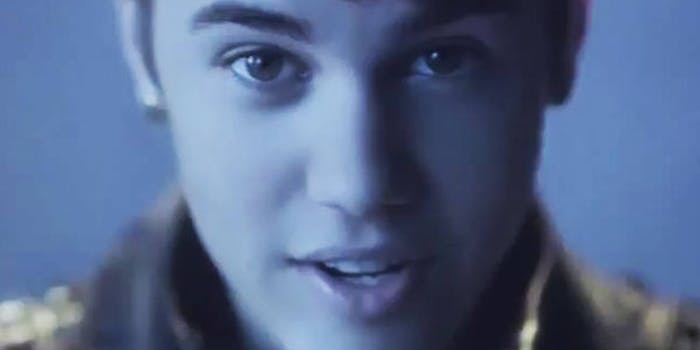 The White House has finally met its diplomatic match.

Since launching its We the People website for petitions from the public, the White House has issued savvy responses to everything from requests to secede to demands for a Death Star and an ambassador to Westeros.

But it’s finally met its match: it turns out the ultimate challenge to American diplomacy is Justin Bieber.

The White House responded earlier today to the U.S. people’s petition to deport the pop star back to his native Canada. The Associated Press reports that the White House is citing a rarely-used caveat that allows it to decline to respond to a petition. Despite the popularity of this particular petition, which eventually garnered more than 275,000 responses, it looks like the Bieb is just too hot a topic for the Obama administration to handle.

Instead, the White House argued that it was a great time to think about immigration reform, which it told the AP could save the American public $1 trillion, the equivalent of 100 billion Justin Bieber albums.

Thanks, but no thanks, guys. Immigration reform won’t help us deal with what is clearly an international pop crisis. Anyone confused by the decision to non-decide might gain some clarity from the White House’s official response to a similar petition to deport the controversial pundit Piers Morgan back to the U.K.

“Americans may disagree on matters of public policy and express those disagreements vigorously, but no one should be punished by the government simply because he or she expressed a view on the Second Amendment—or any other matter of public concern,” wrote White House Press Secretary Jay Carney. He was referring to Morgan’s contentious views on gun control.

Bieber doesn’t just express his lack of American values by peeing on things and dissing former presidents, but it’s a safe bet that the U.S. government didn’t want to risk the wrath of a fangirl nation by criticizing the pop star. After all, Obama has a Twitter account. He knows what it’s like out there.

At least we don’t actually have a diplomatic relationship with Westeros. If Joffrey had fled to the U.S. prior to the Purple Wedding, it looks like we’d never be able to give him back.