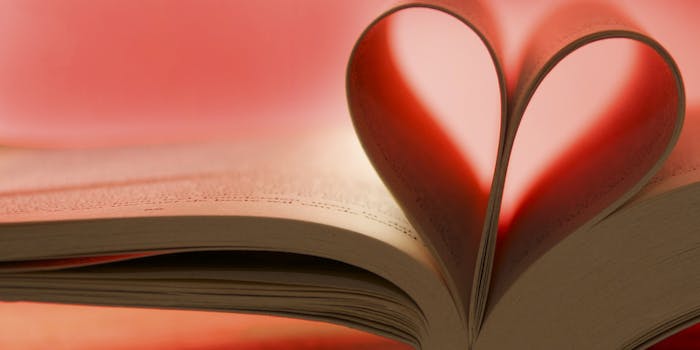 A novel is worth a thousand words.

There’s an argument to be made that the “list 10 life-changing books” meme all over Facebook right now is yet another manifestation of the cloying, self-congratulatory smarm that dominates online discussions of literature. But let’s not bother—instead, here is a 100 percent accurate breakdown of what some popular choices are telegraphing about your personality:

Love in the Time of Cholera: You did not speak to a single non-American during your semester abroad.

The Bell Jar or Mrs. Dalloway: You have an asymmetrical haircut and/or Etsy store that sells felted dolls.

1984: You are a YouTube commenter, partial to the word “sheeple.”

Anything by Joan Didion: You always talk about moving to California, but won’t.

Anything by Roberto Bolaño: You are Lorin Stein, editor of The Paris Review.

A Visit from the Goon Squad: Your toddler has their own iPad.

Zen and the Art of Motorcycle Maintenance: You had a weird relationship with your high school band teacher.

Just Kids: You’re not sure what heroin actually looks like.

The Bible: Nobody actually tagged you to do this.

The Sun Also Rises: You think all those lady celebrities who were hacked should’ve been more careful with their nudes.

Blood Meridian: You think Hemingway was a pussy.

Any Harry Potter or Hunger Games book: Your parents were mean to you.

Any book from A Song of Ice and Fire: You challenge every parking ticket in court.

Infinite Jest: You can’t seem to make a connection on OkCupid.

The Handmaid’s Tale: Your name appears on an NSA watchlist.

Fifty Shades of Grey: You have been banned from at least one T.J. Maxx location.

Ender’s Game: You could survive on ketchup alone.

The Lord of the Rings: You have a certain smell—not bad, exactly, just… unique.

Anything by Haruki Murakami: You once had a dream so boring it woke you up.

Anything by Jane Austen: You are weirdly active on LinkedIn.

Lolita, or anything by Georges Simenon: Police are standing outside your door.

Song of Solomon or To Kill a Mockingbird: You are white.

The Fountainhead: You knock over kids’ sandcastles for fun.

A Portrait of the Artist as a Young Man: You have tried—and failed—to adopt a vegan lifestyle.

Fight Club: You only wear shorts, even in winter.

The Great Gatsby: You got tired of writing your list.

And that’s the unabridged truth. No judgment, though: We’re just happy you’re reading at all.