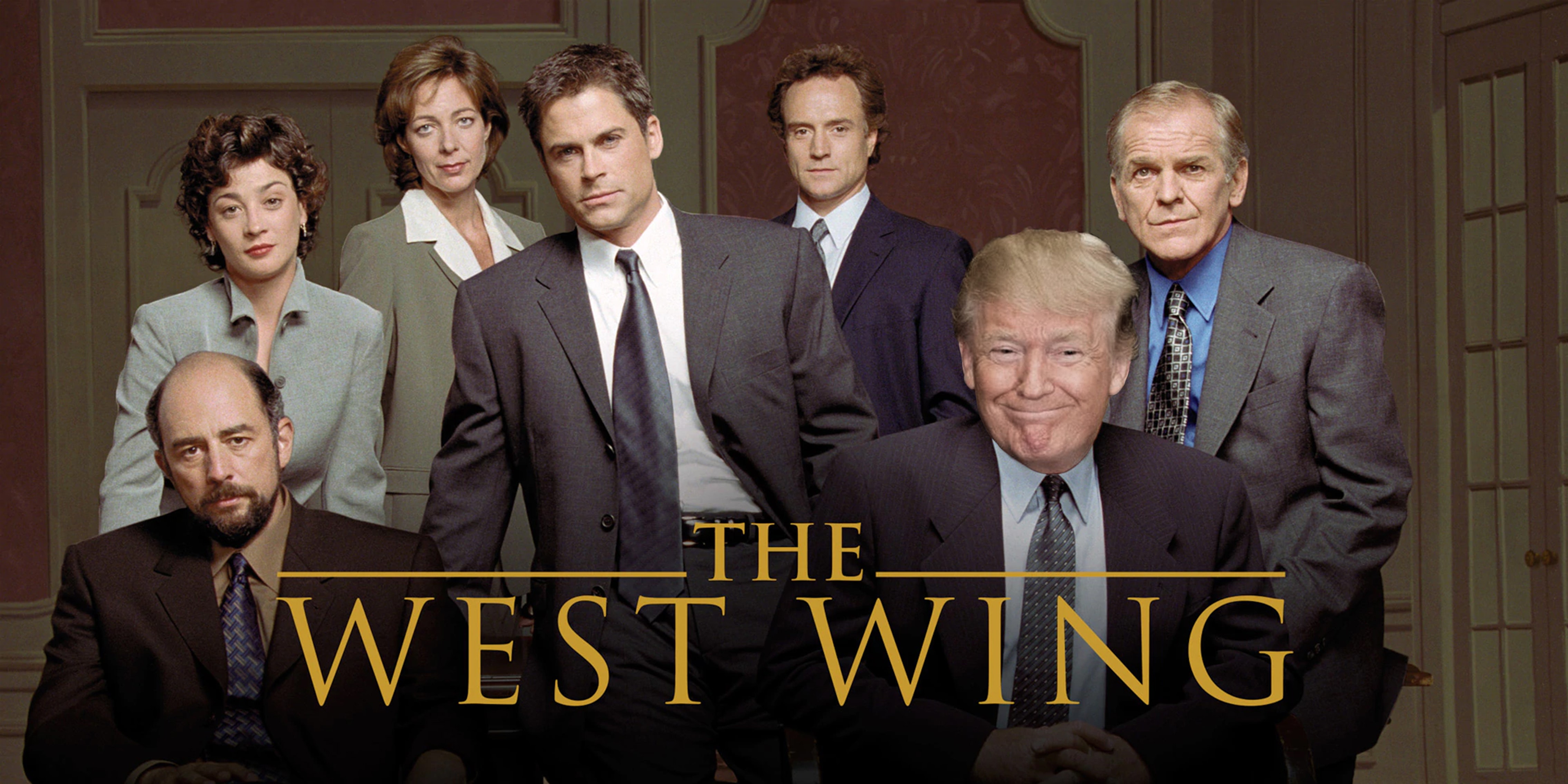 Actually, the ‘West Wing’ is about the Trump Administration

Jed Barlet is worse than Trump, and other comparisons 'West Wing' fans will hate.

For all the surreal stories that have emanated out of the White House, it’s amazing this one never made it into the papers.

The president—while the White House was scrambling in the aftermath of a school shooting that left a teacher dead and a student on the lam—was involved in a petty fight over how his dinner should be prepared. Not believing what any of his most trusted counselors told him—afraid, actually, of getting sick off their advice—the president decided to call an expert to set the record straight about this asinine argument that had now occupied the entirety of the day. He kicked back in his Oval Office chair, dialed, and while his staff worked tirelessly around him, promptly sat on hold for hours.

When the person on the other end finally answered, she said his voice sounded extremely familiar, and she knew him from somewhere. That’s when a flustered president claimed to be someone else. You may recall the president has a penchant for making up fake names for himself when on the phone. But this time, he didn’t refer to himself as John Barron.

So why didn’t you ever read about President Donald Trump, after a school shooting, wasting his time on the phone and using a fake name in the Oval Office to debate food with a stranger?

Because the name the president used that day was Joe Bethersonton.

That’s right, libs. Your beloved West Wing, the show that’s constantly been hailed as the most righteous interpretation of left-wing politics known to man? It’s basically a mirror of the Trump presidency.

Now, I know it’s bad legal style to rest your case at the very beginning, but …

Voluminous dyed blonde hair, smug-prick looks, and bleached white teeth aside, you may recall when Jed Bartlet decided to run for president, he had no intention of winning. When he pulled out a victory, he was as shocked and surprised as anyone. And you may recall, all you confident folks certain the president is doing his best to hide his slowly dwindling mental capacity—Martin Sheen’s beloved Bartlet hid a debilitating and fatal disease from the American public, too.

(This is all to ignore the delightful coincidence that because of the possibly illegal actions undertaken by their campaigns, both administrations spent their entire first terms getting inundated with subpoenas by Congress.)

Trump is notoriously short-tempered and rages at his staff at every opportunity. But Barlet was just as megalomaniacal, egotistical, and liable to flip out at his staff over a modest mistake. Ever read a story about the revolving cast of characters falling out of the president’s favor? Every member of the senior staff was on the outs with Barlet at one time or another.

He even often had it out with his wife, Abby. Before you say that deep down, they have a truly loving relationship, she once spent an entire half year hiding away from him at the home they previously lived in, ostensibly to make life easier on their child.

You say Trump can’t sit through an hour-long meeting without getting distracted? Barlett was often bored in meetings, skipped out on important discussions because he didn’t care about them, and frequently derailed conversations to talk about whatever is on his mind at a given minute.

He also once cursed out God in a church.

For every single time he shows compassion—which, people who work close to Trump claim he too is capable of—he’s acted as cool and indifferent and aloof as possible, not even bothering to learn the names of the staff that carried him to his stunning electoral victory.

And for as much as you dislike Trump, he only fired one chief of staff. When he did, he let them catch a car ride back to D.C. after letting him go at Andrews Air Force Base. Barlet fired his chief of staff, gave him a heart attack, then departed Camp David without him, leaving Leo McGarry to die in the woods.

How would that have played in today’s press?

But OK, fine, forget for a second that showrunner Aaron Sorkin accidentally created the template for Democrats’ biggest boogeyman to rage his way through the Oval Office. At least Barlet surrounded himself with smart quality people, who believed in him and had the best intentions.

For everyone who has a crush on Josh Lyman, there’s a certain ideologically ridged asshole sitting in the White House, who has earned the ire and contempt of Congress for his overall dickishness, immobility on policy, unrepentant desire to win at all costs, and whose attempts to face the press backfired horrifically.

Sorry all you Bradford Whitford stans, you are in love with Stephen Miller.

But let’s talk about the women the president employees. While Trump employed Hope Hicks, Kellyanne Conway, and Sarah Huckabee Sanders, Bartlet only had one. But what a good one she was! Yes. Yes. C.J. Cregg. Wasn’t she the best? Please, if you will, join me in a little thought exercise.

Press Secretary A: Was hired out of a Hollywood PR firm with no experience in politics; treats the media with open contempt, mocking them for stories they’ve written during nationally televised briefings; is frequently caustic, sarcastic, and dismissive with reporters; once punished news organizations for not covering a story she wanted by physically removing their seats from the White House Briefing Room; and used a sexual relationship she had with a reporter to help suppress a story that the U.S. had assassinated the defense minister of a Middle Eastern ally.

“But, but, but!” you exclaim, grasping at straws because for some reason your entire moral code is based upon one man’s fictitious interpretation of how Washington should work, the Bartlet administration never employed someone as outspoken and awful as Anthony Scaramucci.

Oh, you mean the black-haired media director whose accidental leak of damning material exploded in the press, leaving them to be ostracized by the staff, depart the White House in shame, and never be spoken of again?

Scaramucci went down for saying one of the president’s advisers sucked his own cock. Mandy Hampton wrote an entire game plan to defeat the president she was serving.

Face it, the Trump administration is Aaron Sorkin’s West Wing.