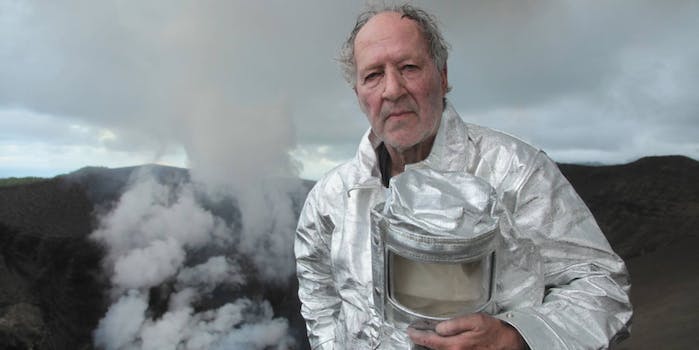 What if the inferno is us?

After a bleak, existential excursion through the internet, director Werner Herzog is falling back into the unforgiving grip of nature.

On Oct. 28, Netflix releases his new doc Into the Inferno, in which Herzog and volcanologist Clive Oppenheimer explore the “engulfing doom” of some of the world’s most “magical” volcanos. Classic Herzog.

The director is apparently in a phase: His volcano thriller Salt and Fire debuts in 2017.