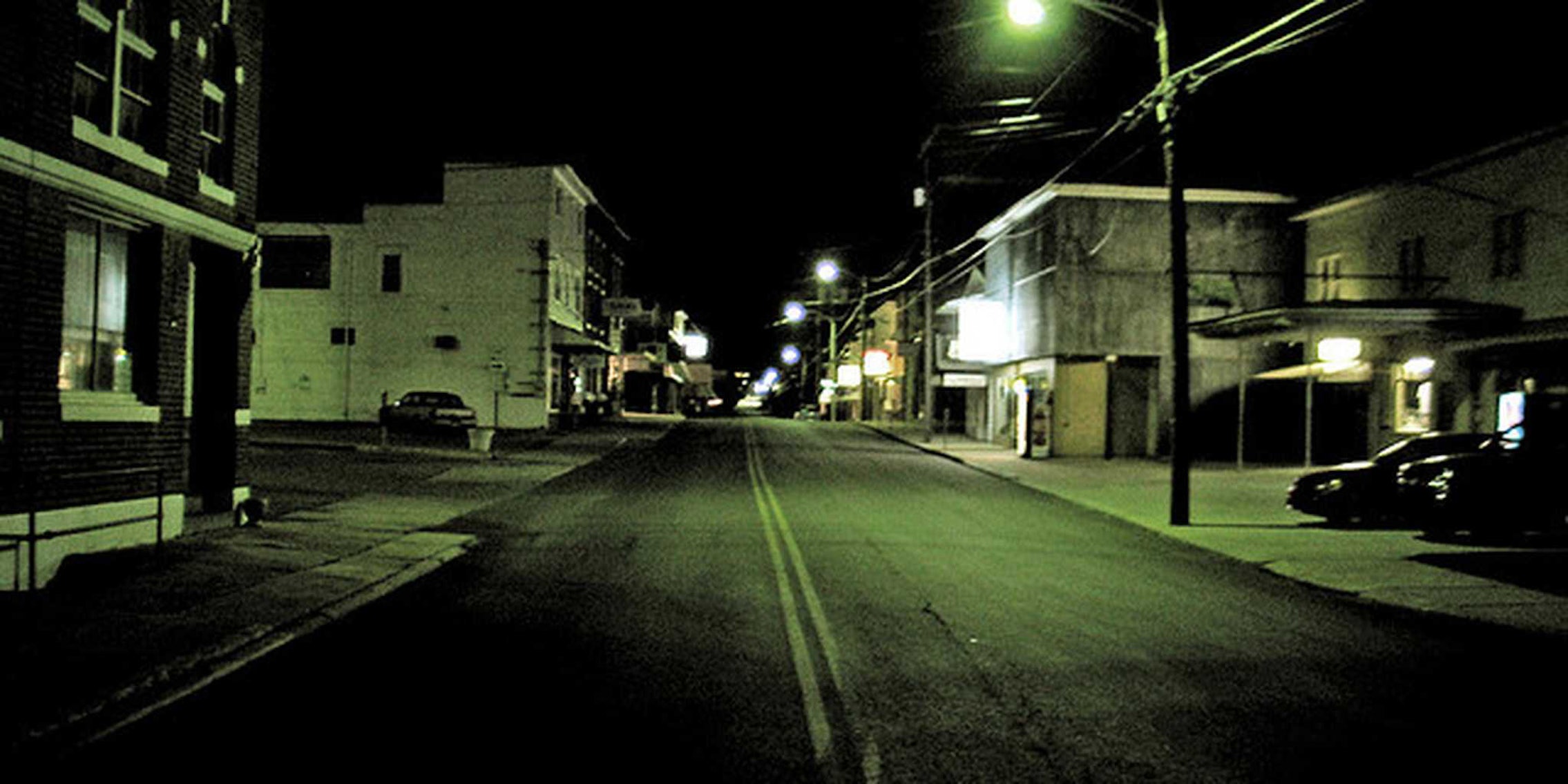 Cecil Baldwin and a wonky cast of characters greet listeners from a small-town bizarro world on this podcast.

“It is possible that you will see hooded figures in the Dog Park. Do not approach them.” So begins a typical public service announcement from the local radio station for the town of Night Vale. Too bad Night Vale doesn’t actually exist.

Read aloud in the kind of calming, deadpan tones that would usually make a great cure for insomnia, Welcome to Night Vale is the weirdest local radio show you will ever hear. The town’s original introduction says it all, really: “A friendly desert community where the sun is hot, the moon is beautiful, and mysterious lights pass overhead while we all pretend to sleep.” Completely normal, right up until … it isn’t.

The radio show is actually a podcast, released twice a month and voiced by Cecil Baldwin, a man whose speaking voice is so blandly all-American that you can’t help but do a double-take when you hear him announce the news of Night Vale’s latest human sacrifice, or the “mysterious pyramid” that just materialized in the middle of the town.

The Department of Health and Safetyissued the following statement: “Safety is an illusion. Who were we kidding?” before quietly weeping.

When listening to the Night Vale podcast, various names spring to mind: Stephen King, David Lynch, H.P. Lovecraft, The Twilight Zone. In fact, it’s a kind of melting pot of all of them, plus a few classic American conspiracy theories thrown in for good measure. Surreal horror in the setting of small-town America—the twist being that the whole of Night Vale seems to be in on the joke. It’s as if every citizen is a member of the Addams Family, completely unperturbed when the school’s champion quarterback grows another head, or a “Glow Cloud” begins to rain dismembered animal corpses in the town centre. After all, the local radio station is always there to remind you to carry a reinforced umbrella.

At first the idea seems a little gimmicky, but somehow it manages to hold up as a long-term episodic show. There isn’t a storyline, per se, but there are definitely some recurring characters: Carlos the beautifully coiffed (and mad?) scientist who studies the town, the Sheriff and his secret police, and, of course, Cecil the radio host, whose tone grows increasingly frayed and unhinged as the episodes wear on. The main recurring feature is “The Weather,” which is actually a performance from indie musicians such as Jason Webley and John Vanderslice. We know John Darnielle is already a fan of the show, so here’s hoping the Mountain Goats will make an appearance in the future.

Caught somewhere between Weird Twitter and “Tales of the Unexplained,” Welcome to Night Vale is well worth a listen—although possibly not after dark, if you live in a small town yourself. And if you’re a New Yorker, you can go to the show’s one-year anniversary party this week. There probably won’t be any mysterious hooded figures or Lovecraftian monsters lurking in the shadows, but no guarantees. It is New York.