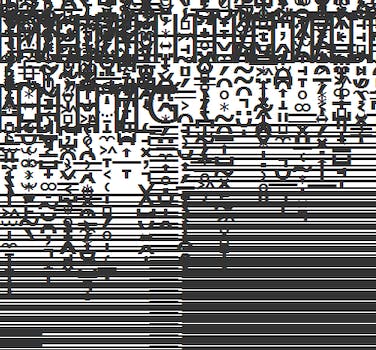 No, your browser didn't just break: Glitchr's tweets just push the limits of what 140 characters can hold.

Do not adjust your screen.

The tweets you are about to see are supposed to look a little disconcerting.

@glitchr_ makes clever use of Unicode, a computing standard for handling text, to turn tweets into small works of art.

Glitchr, who has more than 3,700 Twitter followers and almost 24,000 Facebook fans, pushes the envelope of what can fit into a 140-character message. The artist often breaks the physical confines of tweets, running images across several tweets, and including black pixels that disappear when you mouse over some tweets. Scrolling down Glitchr’s profile lets you see some fascinating multi-tweet art.

Glitch art has had its place in GIFs and Tumblr for some time, and bringing that to a different medium such as Twitter can only raise awareness of the form.

As much as Twitter is essential for up-to-the-minute news and is a hub for rapid-fire quips, it is people like Glitchr who afford us solace from the community’s chaos, no matter how briefly.