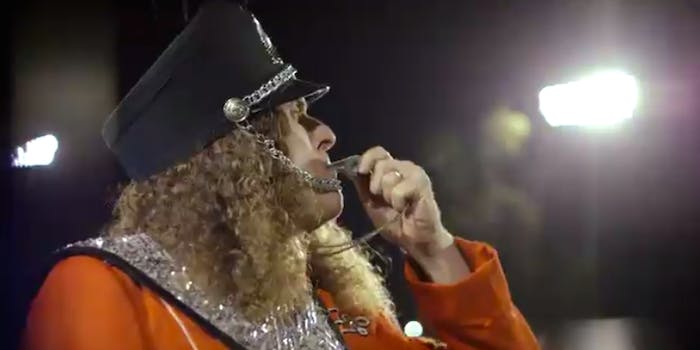 “Weird Al” Yankovic just doesn’t parody the Top 40 charts. He also covers entire genres, and his next song is an ode to anyone who’s ever been a fan of a sports team.

In a week-long series of gifts to the Internet, he’s already managed to cover everyone from Robin Thicke to Lorde and Iggy Azalea. But his latest tune, courtesy of Funny or Die in an effort to spread the love through as many platforms as possible, is a tribute to every single similar-sounding college fight song.

But if you’ve somehow managed not to learn anything about sports ever, this primer from Yankovic and his marching band is a hell of a place to start. It’s got all of the subtle nuances, figurative phrases, and none of the sportsmanship.

The college football season doesn’t start for at least another month, but here’s to hoping the Best Damn Band in the Land will cover it in one giant Yankovic-themed tribute next season.

Photo via Funny Or Die