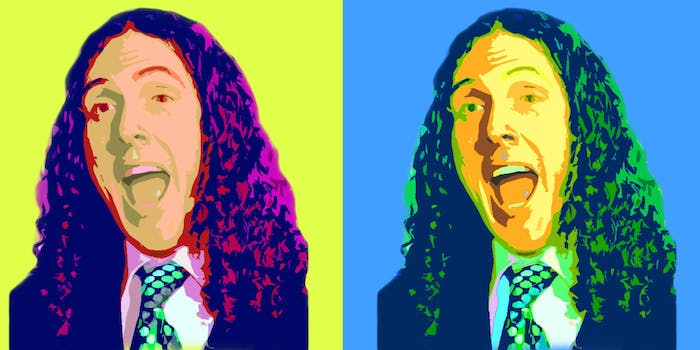 If “Word Crimes” was a lesson in grammar, then “Mission Statement” is tutorial for corporate business jargon.

“Weird Al” Yankovic has charmed the pants off of us for the past seven days, and his final video for his #8videos8days campaign to promote the hell out of Mandatory Fun ends with an oldie but goodie. While his earlier videos—as well as the album’s “Inactive,” a parody of “Radioactive”—are more focused on today’s Top 40 charts, “Mission Statement” is a call back to the very best of Crosby, Stills & Nash: “Suite: Judy Blue Eyes.”

The video is very much in the style of illustrated educational tutorials like AsapSCIENCE, and it took 10 months to bring the song to life.

“I wanted to do a song about all the ridiculous double-speak and meaningless buzzwords that I’ve been hearing in office environments my entire life,” Yankovic told Speakeasy. “I just thought it would be ironic to juxtapose that with the song stylings of CSN, whose music pretty much symbolizes the antithesis of corporate America.”

While many artists may might have requested a parody of their songs at some point, Yankovic had what he called “instant feedback” on “Mission Statement.” In a recent Reddit AMA, Yankovic explained that he recently run into Graham Nash shortly after recording the song.

“So I walked over to say hi… he sees me, and the first words out of his mouth are, ‘So, when are you gonna do a parody of “Suite: Judy Blue Eyes”??’” he wrote. “I whipped out my iPhone and played ‘Mission Statement’ for him. Instant request! (He loved it, BTW.)”