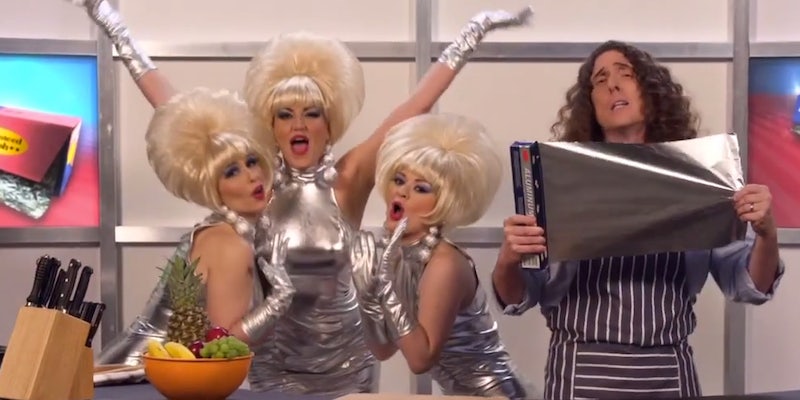 In related news, Lorde has finally made it.

The third installment of beloved parodist “Weird Al” Yankovic’s #8videos8days rollout for Mandatory Fun, his latest album, is “Foil,” a lampooning of Lorde’s omnipresent “Royals” and logical follow-up to 1984’s “Eat It.”

But this song is more than just an ode to the crinkly stuff in which we wrap our sandwiches. Shifting from practical advice to utter paranoia at the speed of Internet, Yankovic soon finds a less conventional use for aluminum foil: blocking Illuminati aliens from reading his thoughts. Unfortunately, a collaborator (Patton Oswalt, otherwise in the midst of a social media hiatus) and two G-men (Thomas Lennon and Ben Garant) are onto him.

Has this dude really been so on point for more than 30 years? If there’s not already a statue of him in his hometown, there really ought to be.