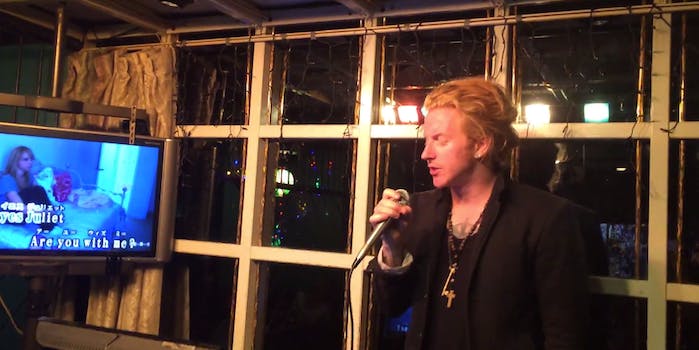 Professional singers might have an advantage over the rest of us at karaoke—not necessarily because they have a better voice, but they already know how to work the crowd. But what if they performed their own song?

That’s what happened when We the Kings, who are currently touring in Japan, ended up at a random Japanese karaoke bar. After noticing that their song, “Check Yes Juliet,” was among the list of available tunes, singer Travis Clark’s bandmates made him perform it to the unaware crowd.

It’s a feat that Beyoncé would never be able to pull off in pure anonymity.

It might be cheating, but he sings it just as well in a karaoke bar.