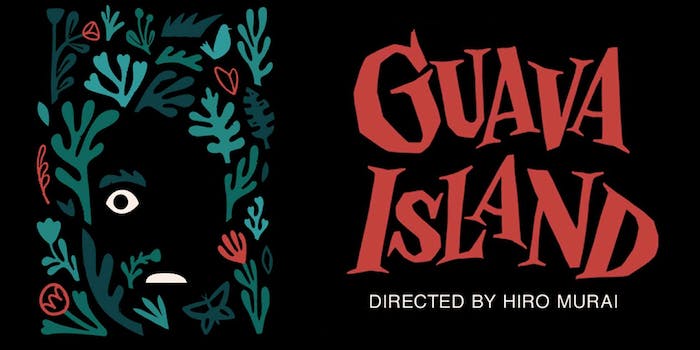 How to watch Childish Gambino’s film ‘Guava Island’ for free

It's cheaper than going to Coachella.

Donald Glover, aka Childish Gambino, is releasing a new film that’s sure to go viral as soon as it airs. Guava Island tells the story of a musician trying to throw a festival for the masses to enjoy.

If that sounds a little too familiar to recent events in music festival history, you’ve probably seen the Fyre Fest documentaries. IMDB describes the film as, “A tropical thriller that casts Donald Glover as a musician with designs on pulling off a scheme to rob his way into the good life, which quickly gets him in over his head.”

The film debuts ahead of Childish Gambino’s set at Coachella, one of the most famous music festivals in modern history. It is directed by Hiro Murai, who also directed the powerful “This is America” music video. (He’s also a director on Glover’s FX series Atlanta.) Given the setting, subject nature, and their track record for thought-provoking artistry, we expect this film to quickly dominate online.

Here’s everything you need to know to watch Guava Island for free.

How to watch Guava Island for free

The film will air on Amazon Prime Video on Saturday, April 13 at 12:01 am PT. According to Vanity Fair, the movie will be free for Prime members for 18 hours.

If you’re at Coachella, you can catch Guava Island all weekend at a specially constructed theater made for this special collaboration. Us plebeians can’t afford Coachella tickets though, so the former is probably your best option. Luckily, Amazon Prime is totally free for a month before you commit to a year.

Amazon Prime Video is up there with Netflix and Hulu on the yet-to-be-constructed Mount Rushmore of online streaming services. Access to Amazon Prime’s video library is only one of the perks you get with Prime, chief among them being free two-day shipping. Still, Amazon’s library is as massive in scope and scale as its competitors. Aside from catching the Guava Island premiere, you’ll find big hit blockbusters like Transformers: The Dark Knight, Baywatch, and Star Trek, as well as seasons of popular TV shows like Downton Abbey, The Sopranos, and Eastbound and Down. And like any great streaming service, there’s a slew of fantastic original programming, including Transparent, The Man in the High Castle, and the Marvelous Mrs. Maisel.