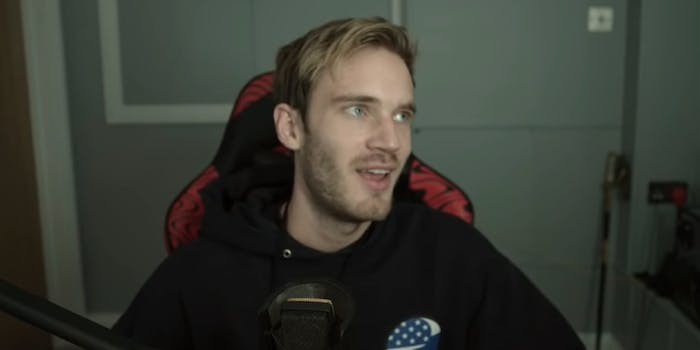 Two weeks after printers were hacked in an effort to help PewDiePie in a subscriber race with T-series, the Wall Street Journal was reportedly hacked on Monday to include a “public apology” to the YouTube personality.

A screenshot of the apology, which has now been removed, includes a T-Series byline but claims to be the WSJ apologizing to PewDiePie (real name Felix Kjellberg). It reads: “Due to misrepresentation by our journalists, those of whom have now been fired, we are sponsoring pewdiepie to reach maximum subscribers and beat Tseries to 80million.”

The hack also references Fortnite, and according to one tweet it also included several memes.

The hacked page was reportedly not part of the WSJ‘s editorial side, but WSJ Custom Solutions, a separate paid content operation.

While the hack concerns PewDiePie’s ongoing battle with the Bollywood channel T-series for most-subscribed YouTube channel, the “misrepresentation” part most likely references a February 2017 Wall Street Journal article that highlighted several PewDiePie videos that included anti-Semitic content or jokes, and the subsequent fallout with Disney’s Maker Studios. The “apology” doesn’t mention how PewDiePie recently promoted a channel that contains anti-Semitic content, which he later distanced himself from.

A recent sweep of spam channels by YouTube has actually pivoted the subscriber race in PewDiePie’s favor. The printer hack, which started in early December and urged people to subscribe to PewDiePie (and secure their printers), has ramped up again.