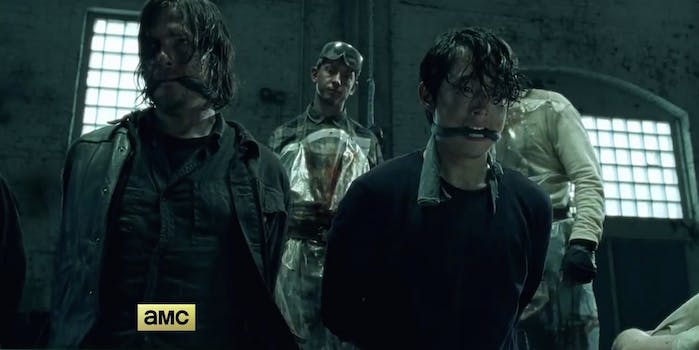 Just don't get emotionally attached to anyone this season.

Nobody can ever really feel safe in the post-apocalyptic world of The Walking Dead, but the Walkers are still the least of their worries.

With just over a month until the new season premieres, AMC released another nail-biting trailer to get the fans excited, and it doesn’t hold back any emotional punches.

Sure, they reached Terminus last season, but the so-called safe haven is nothing like was promised—we already figured as much. But things might be even worse than feared, and the possibility that at least one major character will die this season is increasingly likely. Don’t get more attached to anyone now.

Now that AMC has greenlit a companion series to The Walking Dead, we can see just how bad things have gotten in other parts of the country. It may be terrifying, but if the ratings have proved anything, we can’t look away.