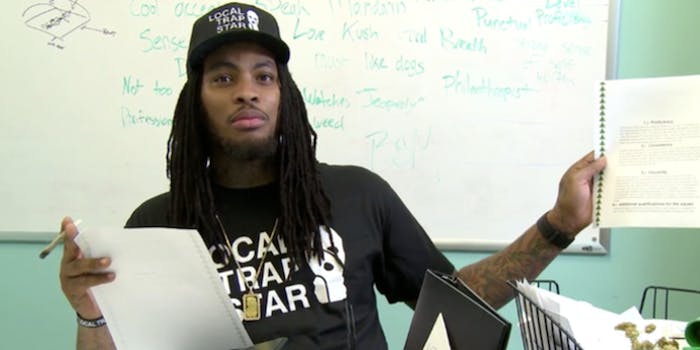 Weed carriers are out, blunt rollers are in.

Back in September, Atlanta rapper Waka Flocka Flame did his part to help the job economy: He offered fans a chance to be his full-time blunt roller for $50,000 a year.

Since this was a formal posting announced on Instagram—and since he apparently did not hire Seth Rogen—candidates had to submit actual resumes so Waka could vet them. He received 60,000 resumes, and Funny or Die was there to capture him sifting through this heroic stack.

Looks like Waka is in a Too Many Cooks situation here.

Make sure to zoom out and read the whiteboard behind him. These are just a few of the things Waka is looking for in a blunt-roller: Six Flags season pass, U.S. resident, dope Instagram.