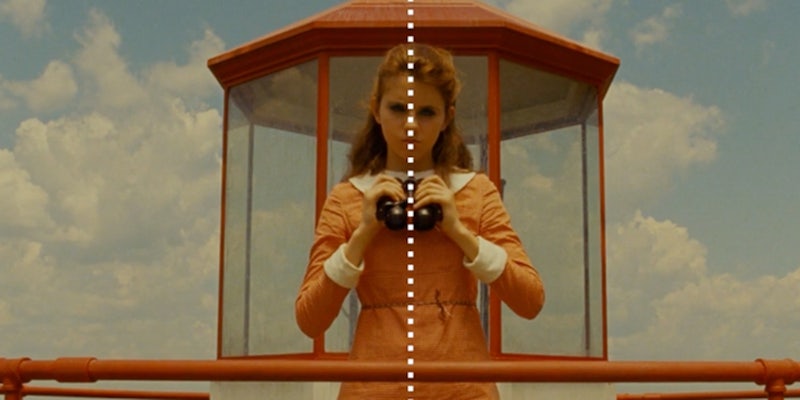 Here are all the symmetrical shots in Wes Anderson’s films

This video might make you feel a little more balanced.

Wes Anderson’s penchant for patterns and parallels within his films has been well-documented, and those elements show up in his latest, The Grand Budapest Hotel. Anderson’s films, though often labeled as precious and indulgent, have certainly attracted a group of devoted fans content to dissect every inch of scene to find a common thread.

Posted by filmmaker kogonada, who also pointed out the parallels between Fantastic Mr. Fox  and Anderson’s live-action films, “Wes Anderson Centered” explores several scenes from Anderson’s oeuvre and the perfect balance in their composition.

Each scene is illustrated with a dotted line, a more tangible common thread. Stanley Kubrick was also fond of this center-balance, or “one-point perspective,” though his films and Anderson’s couldn’t be more different. Kubrick’s could more realistically tie into William Blake’s description of  “fearful symmetry.”