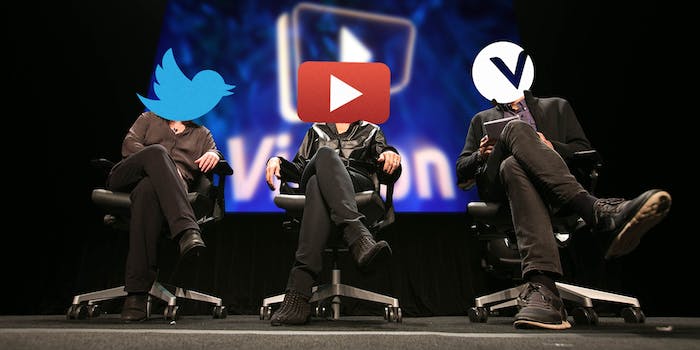 Vessel, GoPro, Periscope all pick up invites for VidCon 2015

YouTube competitors and brand involvement is at the forefront of this year's convention.

Three months out from the kickoff of VidCon, digital video’s definitive conference, and the industry side of the event is shaping up to address the emerging concerns of 2015 in the video content creation space.

“We’re into the beginning of the online video revolution,” explained Jim Louderback, editorial director of VidCon’s Industry Track. “The industry’s grown up. We’ve got brands coming in and learning how to partner authentically with the authentic video stars. We’ve got big media companies who’ve bought into the online video space by buying MCNs [multichannel networks] or investing in other things.”

To address these shifts, Louderback put together an advisory board that helps determine the programming for the event, including the different constituencies of the industry track, from ad agencies to brands to MCNs. The process also began a lot earlier than in years past, starting with the VidCon team pinpointing some of the biggest topics for the coming year, including the explosion of new platforms.

“YouTube is still the 500-pound gorilla, but you have a lot of other new platforms that are emerging that are trying to augment or supplement or replace YouTube,” said Louderback. “That’s going to be a big point of discussion. I think the attendees are really looking at not just one size fits all, but how can I use these platforms in a native way.”

VidCon is bringing in speakers from a variety of platforms to address this, including Jason Kilar, CEO and cofounder of Vessel; Baljeet Singh, Twitter’s product lead for television and video; and Zander Lurie, GoPro’s SVP of Media, among others. Louderback also plans to invite products and analytic tools to do demos but has waited until a little closer to the event date to start making those invites.

“Technology changes so quickly,” said Louderback. “Who would have known Periscope and Meerkat were people I’d want to get in this track? I wouldn’t have known this in January! But I’m inviting them now.”

On the consumer-focused side, also known as the Community Track, programming has yet to be announced. However, many creators use VidCon as launching pads for new projects, and this year is no exception. The Smosh movie, described in a press release as “a high-concept Bill & Ted’s Excellent Adventure for 2015” featuring various YouTubers, will be released the first day of VidCon.  In between the Community and Industry tracks will leave a Creators Track, newly added for 2015, that addresses the concerns of creators who are not yet industry professionals, but looking for guidance on how to create content and work in the space.