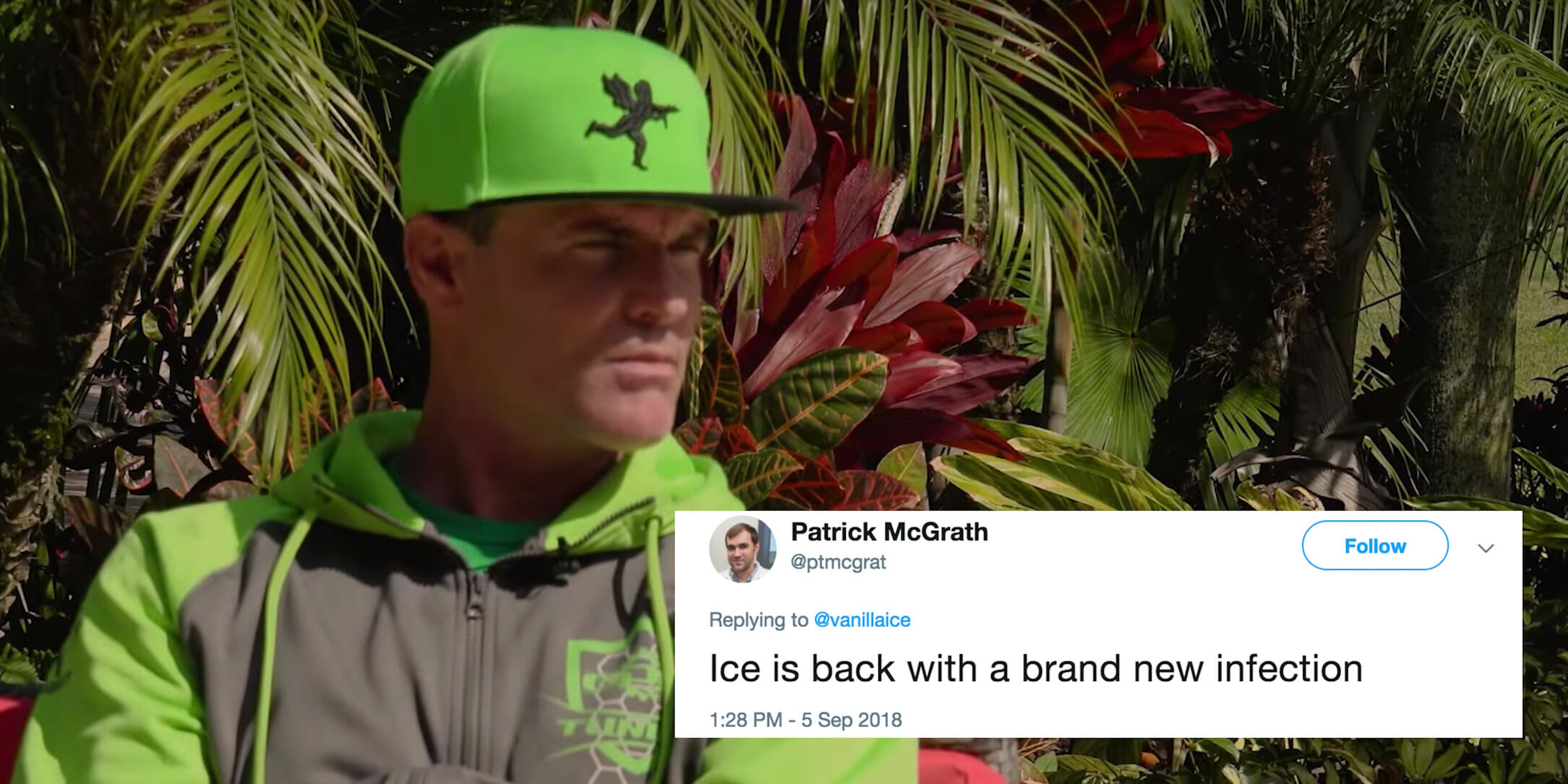 Vanilla Ice livetweets quarantined flight from hell, gets his own lyrics in response

This definitely sounds like the start of a zombie movie.

Vanilla Ice, the rapper of “Ice Ice Baby” fame, found himself on the flight from Dubai, United Arab Emirates, to New York City’s Kennedy Airport that left at least a dozen passengers sick on Wednesday.

When the Emirates flight arrived at 9:10am ET, the passengers were met with police vehicles and ambulances, plus an investigation by the U.S. Centers for Disease Control and Prevention, CBS reports. Vanilla Ice, who was on the upper deck of the A380 plane, started to live tweet the scene to his 345,000 followers.

“So I just landed from Dubai and now there is like tons of ambulances and fire trucks and police all over the place,” he wrote.

So I just landed from Dubai and now there is like tons of ambulances and fire trucks and police all over the place pic.twitter.com/i9QLh6WyJW

The people who were sick were reportedly all sitting on the bottom floor of the double decker flight. Of the 520 people on the plane, 100 reported coughs and fever, and 10 passengers were hospitalized with a “flu-like illness,” according to CBS. Emirates’ home office suspected it was caused by food poisoning.

“This is crazy,” Vanilla Ice said in another tweet, adding, “So happy I’m up top.”

This is crazy. Apparently there is over 100 people sick on the bottom floor, so happy I’m up top, it’s a double-decker plane 380

But some his followers didn’t seem particularly concerned about the sudden illness affecting his fellow passengers. Instead of responding to his tweets with worry, people tweeted at Vanilla Ice with variations of his own song lyrics.

You should go out and calm the situation by saying: “yo, you got a problem? I’ll solve it. Check out the mix while the DJ revolves it.”

A-rockin’ on the mic while the fly girls yell.

Other, more rational people noticed that Vanilla Ice’s tweets sounded like the beginning of every zombie apocalypse film.

“Oh my god Ice you’re in the middle of the first scene in a zombie outbreak movie,” one person tweeted. “WHAT IS YOUR PLAN TO FIGHT ZOMBIES QUICK.”

WHAT IS YOUR PLAN TO FIGHT ZOMBIES QUICK

Of course, some replying to his tweets were genuinely concerned.

“Everyone’s making jokes, because you’re such a cool dude with a great sense of humor & always have been,” one person wrote. “I get that. I grew up in the 80’s & 90’s. But in due honesty, I hope all the sick people get well. Wishing you & all the healthy people remain well.”