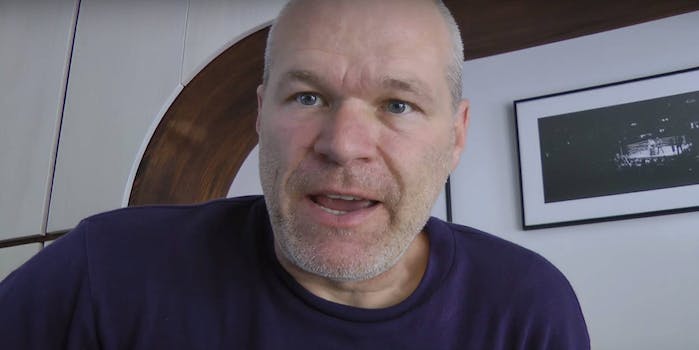 German director and actor Uwe Boll has a famously adversarial relationship with his fans, and art in general. Last year, after trying and failing to crowdfund a couple different films, he posted a video to YouTube encouraging his fairweather fans to go fuck themselves. He also claimed to have “enough money to play golf till I’m dead.”

Now Reddit has picked up on the scent of BollFlix, a streaming site that appears to only house Uwe Boll films. All the hits are there: Assault on Wall Street, Rampage 3: President Down, Operation Olympus: White House Taken. You know, the classics.

The site explains that BollFlix’s launch was delayed twice, but now that it’s live, specials and livestreams are planned. Naturally, Clint Howard was chosen to do some promo.

It’s not clear if this was a fan-backed venture or if Boll had some creative control. He hasn’t posted any YouTube videos in a month, though he did take some time out to give his opinion on the Ghostbusters trailer. (Spoiler: He might be a Ghostbro.)