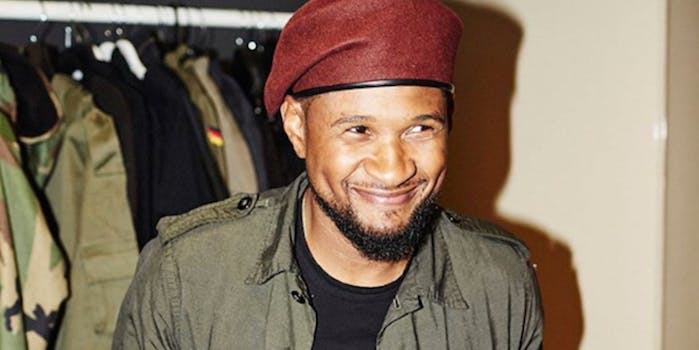 Singer and former The Voice judge Usher raised some eyebrows Thursday when he Snapchatted a little more of his anatomy than he probably planned to.

The star’s Snapchat story features a lot of the PG-rated content you’d expect from a mainstream celebrity: him eating a delicious crab dinner, activating his remote-operated blinds, and watching Prince videos in the back of his car. But when he starts bragging about his at-home steam shower, things get a little dicey.

The singer tried to post a self-edited nude selfie (a la Kim Kardashian) from inside the shower, and dropped some large text and an emoji over his junk. Unfortunately, his edits weren’t enough to completely conceal everything—the tip of his penis ends up being visible.

The original NSFW photo is still up on Usher’s Snapchat story (username: howusnap), but TMZ put together a SFW version to give you an idea of what we mean: For Usher’s part, he seems fine with the attention: