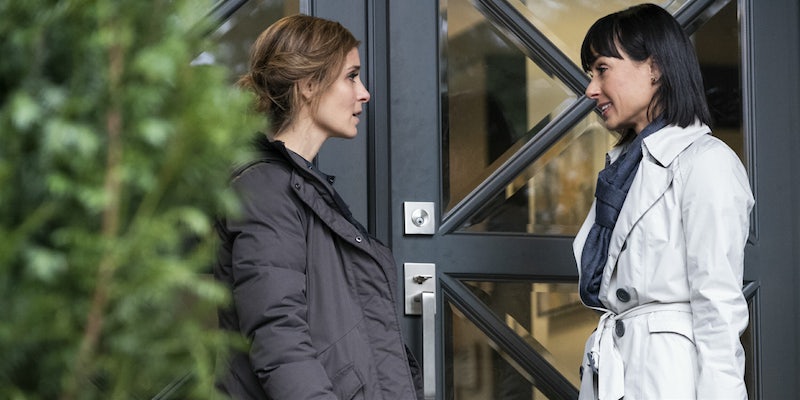 The fourth and final season of UnREAL is now streaming on Hulu after the streaming service announced Monday that it struck a deal with A+E Studios.

All eight episodes are already available on Hulu for viewers to watch, a contrast from Hulu’s usual model for releasing original programming that usually involves putting out several episodes at once before switching to a weekly release schedule. According to Hulu, UnREAL viewers watch entire seasons within days and “are bingeing 3-4 episodes in one session.”

“UnREAL has captivated audiences on Hulu since season one, so when this opportunity came to us, we knew we couldn’t miss out,” Hulu Senior Vice President of Content Craig Erwich said in a statement. “This is a unique way to both satisfy fans of the show, while also continuing to introduce it to new audiences.”

The move to Hulu makes sense, given that Hulu already has the streaming rights to UnREAL. But the season 4 launch and the announcement of UnREAL’s cancellation is surprising. Season 3 only ended in April, so many weren’t even aware that a fourth season had not only been shot but completed.

“UnREAL has been an incredible ride filled with awards, critical recognition, committed fans and, best of all, insightful cultural dialogue throughout its run,” A+E Studios’ Barry Jossen added via statement. “We expect season four to deliver another great round of cultural influence with its timely themes.”

The final season of UnREAL focuses on an “all-stars” season of Everlasting, the reality dating show within UnREAL that’s similar to The Bachelor, which will see familiar faces among some of the contestants. During its run, the show received praise from critics, a Peabody Award, and a Critics’ Choice Award for Constance Zimmer.