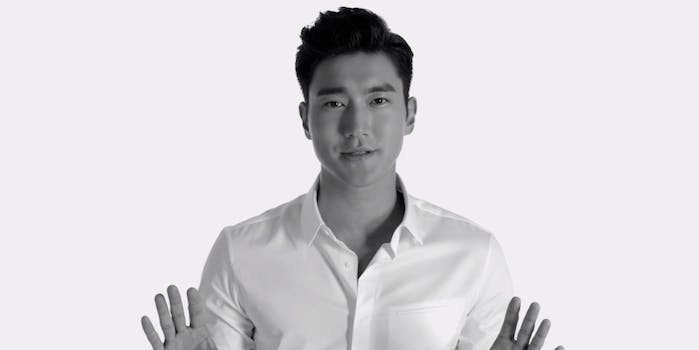 K-pop artists team up with UNICEF for ‘Imagine 2016’ campaign

"Imagine all the people sharing all the world"

In a new video for UNICEF, artists from Korean agency SM Entertainment join the #IMAGINE campaign, asking us to “Imagine” a world of peace and unity.

The video project began in 2014 with U.S. artists, and UNICEF expanded to global artists by creating a world version early last year. With SM Entertainment, UNICEF has now brought K-pop artists into the mix.

SM Entertainment is known to have partnered with UNICEF in the past, and most of these artists have collaborated with the charity before. In November, UNICEF chose Siwon to serve as a special representative for the organization’s Korean branch, as the singer has been involved with UNICEF since at least 2013.

Both Girls’ Generation’s TTS unit and Exo vowed in December to donate a portion of their Christmas special albums to the charity as well. Members from both groups have also participated in pictorials for UNICEF campaigns “Make a Promise” with Louis Vuitton and “School For Asia” with fashion brand Spao last year.

Details of UNICEF’s Korean partnership can be found here.