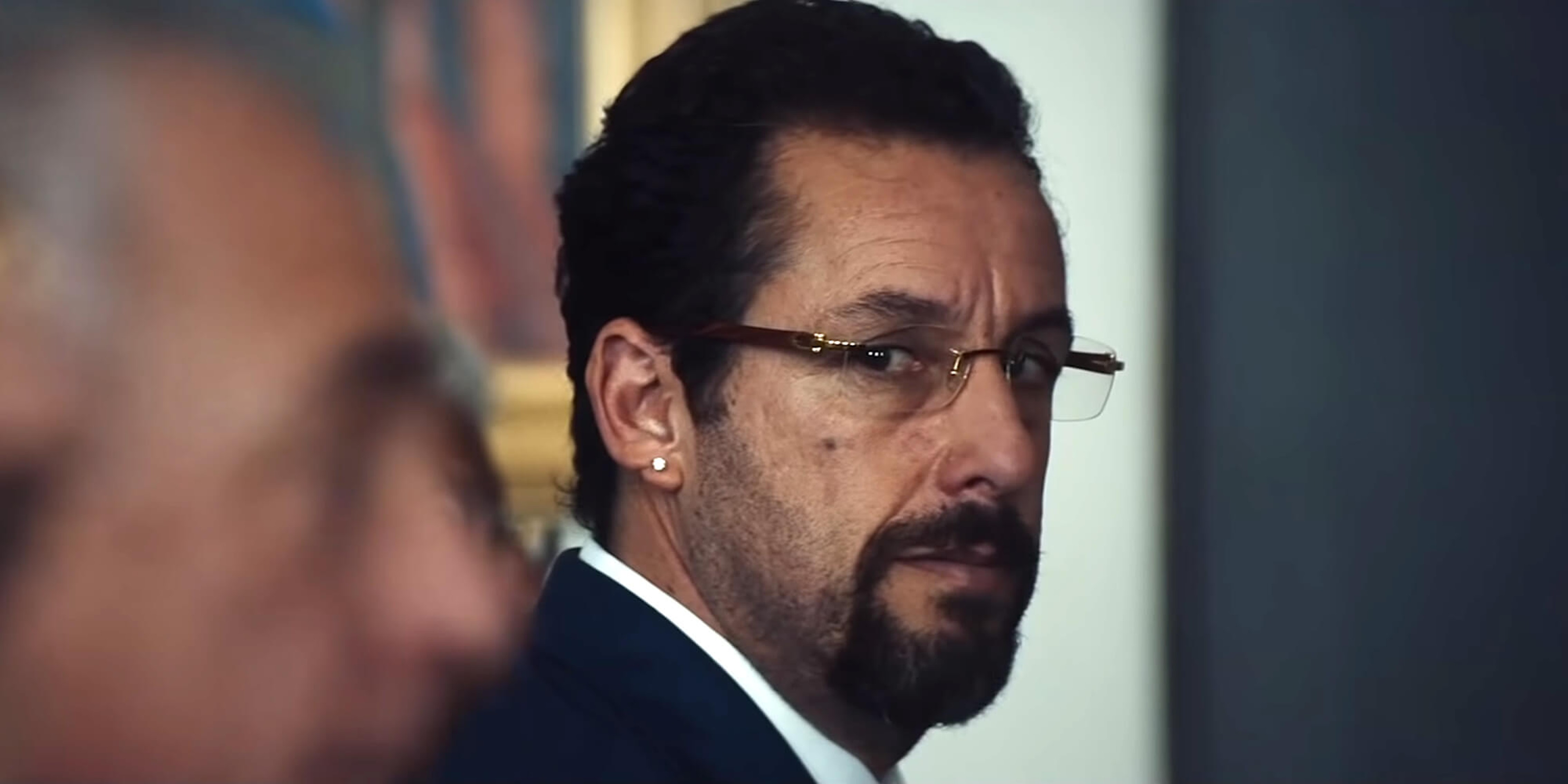 The Adam Sandler-led film is now streaming on Netflix.

Uncut Gems, the latest film from the Safdie brothers, doesn’t take long to disorient you for a different kind of movie. After a brief prologue, the camera zooms into the black opal at the center of the film, a psychedelic and majestic sequence that transitions from the gem itself into the middle of a colonoscopy being performed on Howard Ratner (Adam Sandler) while he’s unconscious. Safe to say, it’s certainly a choice.

RELEASE DATE: 12/13/2019
DIRECTORS: Josh Safdie and Benny Safdie
STREAMING: Netflix
A Diamond District jewelry store owner and a compulsive gambler lends an opal to a famous NBA player before it’s set to sell at an auction.

There are certainly a lot of those unexpected choices that, when compiled together, should not work. At the center of Uncut Gems is a loudmouthed and largely unlikable jewelry store owner and compulsive gambler who, at any point, could hoist himself out of his own mess. The entire film rides on Sandler, who had become something of a punchline in recent years (although his 2018 Netflix standup special 100% Fresh started to turn that around). Yet it does just that with Sandler giving an all-time performance and Uncut Gems revealing those specs of humanity beneath a hard and often ugly and anxiety-inducing surface.

Howard Ratner has shades we’ve seen Sandler play before: He’s obnoxious, abrasive, and entirely incapable of handling stressful situations at a normal volume, even after he promises to keep his voice lowered. His wife Dinah (Idina Menzel) can’t stand him anymore and is this close to announcing their divorce, which they’re putting off until after Passover is over. He lives in an unforgiving New York City, one with hints of a seedy underbelly, one that he can’t quit.

He pisses off his girlfriend Julia (Julia Fox), who’s also one of several employees who put up with his antics at work, and he somehow manages to spin his increasingly worse predicament to his advantage despite the fact that he has a couple of loan sharks breathing down their neck who aren’t willing to hold back their punches. You see, Howard owes them a lot of money—more than a lot of us can fathom throwing into a single bet.

Yet, Sandler makes Howard Ratner completely mesmerizing to watch; you want to see his next trick, watch the outcome of his latest bet, and whether he can really pull it off this time. It’s as harrowing as watching the clock go down in an NBA game, and he even finds a certain kinship with NBA superstar Kevin Garnett, who’s playing himself (and is on top of his game in a role that is full of nuance) on the cusp of making the Finals. It’s not just that either of them won or have proven themselves—they both have, to varying degrees—but that they need to win so much that their greatness isn’t in dispute.

A meeting at Howard’s jewelry store brings him and Garnett together, the latter believing that the opal will help him achieve the title and glory he’s spent all season trying to achieve. It’s the catalyst for everything that follows, which occasionally veers into the absurd. But it’s also a heart-pounding thrill ride, one that raises the tension with each new development until it becomes almost unbearable to watch if it weren’t for bouts of humor in the right moments.

But you’ll watch it anyway. Not just because it’s compelling or you enjoy the narrative, although that’s part of the draw. We’re drawn to the adrenaline rush that trying to keep up with the game gives you. With the NBA frame within Uncut Gems, it argues both why we’re hooked on high-intensity sports matchups as well as high-stakes movies: We don’t know quite how it will play out, but half the victory is in the experience of watching it. And for Uncut Gems, it more than earns the roller coaster it puts its audience on.

This article has been updated to reflect that Uncut Gems is now available on Netflix.